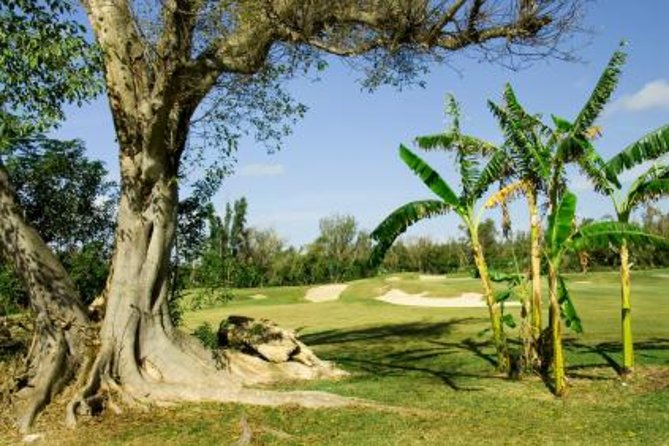 If you are a nature-lover docking in Freeport, this Grand Bahama shore excursion to Lucayan National Park is for you. The park is home to one of the longest known underwater cave systems in the world. Youll walk along a wooden boardwalk to spectacular Gold Rock Beach, where miles of white sand await you. Its a great way to escape tourists and see more of the island while youre in port.

While youre in port in Freeport, get out of the busy port area and explore a less-crowded part of the island on this shore excursion to Lucayan National Park, home to one of the world's longest explored underwater cave systems. Beautiful, 42-acre (170,000-square meter) Lucayan National Park consists of five ecological zones, as well as caves where Arawak Indians lived before Christopher Columbus discovered the Bahamas.

Stroll through the park and see a variety of wild birds and colorful fish. Walk along a wooden boardwalk to Gold Rock Beach, a fantastic piece of coastline with clear water and soft sand. Look for shells or just relax in this idyllic spot before returning to the cruise ship port.

Worry-free Shore Excursion:
We will ensure your timely return to Freeport for this activity. In the rare event your ship has departed, we will arrange for transportation to the next port-of-call. See our terms and conditions for full details.

Food and drinks (available for purchase at a nearby restaurant)