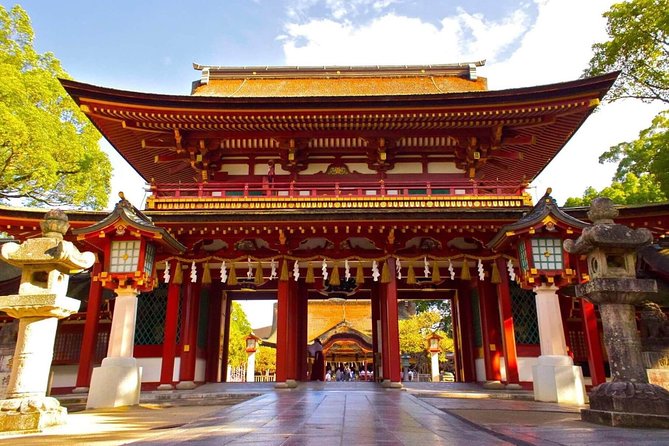 With a National Licensed and Experienced English speaking guide, this tour will allow you to explore Fukuoka more efficiently in one day. Enjoy a full-day walking tour in Fukuoka accompanied by an experienced guide who shares the modern and traditional sides of the dynamic Japanese ancient city.

Begin your day with a morning pickup from your hotel in Fukuoka or anywhere else, then visit Fukuoka's famous sites including Fukuoka castle, Sumiyoshi-jinja Shrine, Dazaifu Tenman-g, Yatai gourmet and anywhere else as you like. Go in depth with a private guide who customizes your 6 hour tour to your interests.