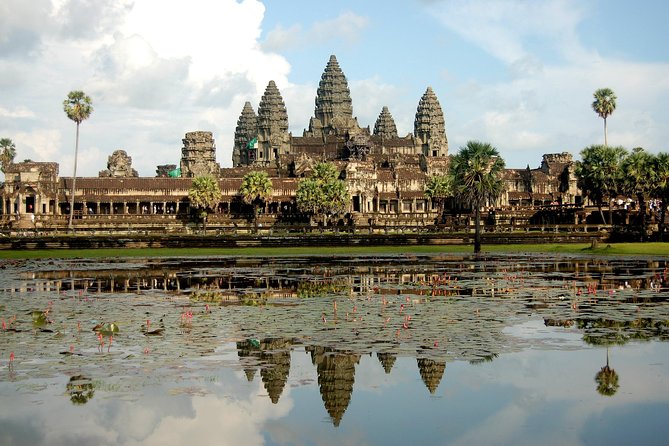 Visiting Angkor Complex while you are in Siem reap is a must. Join with us, you will have a chance to explore and discover every corner of this UNESCO Heritage.

In the morning, we start with going to Angkor Thom city, founded in 12th century by king Jayavarman VII and remained the capital until 17th century. At this city, you will visit the most well-preserved gate amongst all the fives, then continue to the peaceful smiling faced tower temple of Bayon where you can imagine how amazing would it be for the first explorer who was there when there was no one but trees with umbrella-like branches and other types of creeping vegetation. Then it will be time for you to stroll around the tourist-wish-to-see jungle temple, so called Ta Prhom, overgrown by huge tree monsters with snake-like roots, which is featured in Tomb Raider movie. After having shot hundreds of photographs, we will head to the active pilgrimage site of Angkor Wat, the biggest Hindu temple in the world to enjoy with the longest lively carving wall of more than 2000 meters long by 2 meters high, excluding relief on ceiling and on hundreds of roof supporting pillars.
After completed the tour around all the most visited temples in Angkor area, you still have time to admire whole view of Angkorwat temple, rice paddy, north east highland and active reservoir of West baray and to get fresh air on the summit of Phnom Bakeng hill till sun set.

Pick up & drop off by A/C transfer

Joining tour does not include lunch