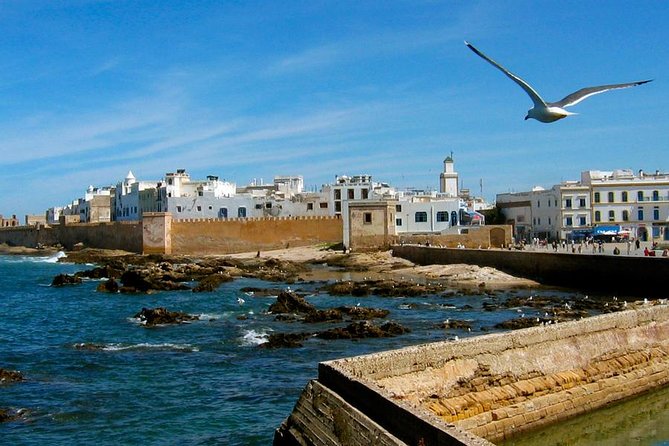 Traveling from Marrakech to Essaouira, it will seem that you've left one country and landed in completely different one. Known a city of many names including Tassurt and was called Mogador until the 1960s. It's known most recently as one of the locations where the TV series Game of Thrones is filmed. Essaoira seems like a lost piece of paradise in the middle of Morocco.

After a pick up at your hotel or riad in Marrakech, you will travel to Essaouira, where you will start your tour of the city. Essaouira is a remnant of an age when England, Spain and Portugal struggled to control the coasts.

Explore the rich history of this city as you make your way along the ramparts that surround the city. You will visit the large Moulay El-Hassan Square and make a stop at the Grand Mosque. Walk along Siaghine Alley, stopping at a terrace of the north Bastion to view the woodwork and marquetry for which Essaouira has become known.

During your day you will stop to enjoy lunch at a local restaurant (included).