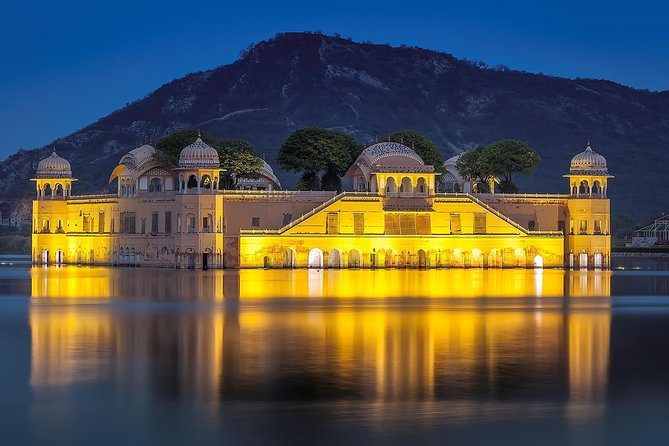 This Tour package is specially tailor made for those travellers who wants to visit Jaipur in one day and wanted to explore the Rich Heritage left behind by Rajput's. Enjoy a full day Jaipur also known as Pink City from Delhi in a Private Air Conditioned Car and return back on same day.

In the early morning, you will be picked up from your hotel in New Delhi or another desired location in New Delhi to drive to Jaipur. On arrival in Jaipur, meet the tour guide and proceed to visit the Amber Fort, a UNESCO World Heritage Site. Amber Fort is well-known for its artistic style of Hindu elements and has cobbled paths, a series of gates and large ramparts. This magnificent fort comprises an extensive palace complex, built from pale yellow and pink sandstone and white marble and is divided into four main sections, each with its own courtyard.

Later, proceed to visit the City palace. The Palace houses museums with an array of textiles, costumes, weapons and paintings in a complex of courtyards, gardens and buildings right in the center of the Old City. The outer wall was built by Jai Singh II but within it the palace has been enlarged and adapted over the centuries.

Next, visit Jal mahal near the cenotaphs of the maharanis of Jaipur. Beautifully situated in the watery expanse of Man Sagar, this is a dreamlike palace. Its origins are uncertain but it was believed to have been extensively restored if not built by Jai Singh II in 1734. Continue by visiting Hawa mahal, a monument known as the Palace of Winds, which is considered as one of the most highly praised landmarks in Jaipur. This fort was built by Maharaja Sawai Pratap Singh in the year 1799. This 5-story building is like a beehive with 953 small windows.

In the end, visit the World Heritage Site Jantar mantar, an astronomical observatory that dates back to the 1700s. Jantar mantar is an observatory begun by Jai Singh II in 1728 that resembles a collection of bizarre giant sculptures. Built for measuring the heavens, the name is derived from the Sanskrit yanta mantr, meaning 'instrument of calculation', and in 2010 it was added to Indias list of UNESCO World Heritage Sites. After visiting Jantar Manter, you will be dropped back to your hotel in New Delhi or another desired location in New Delhi.

All Transfers by air-conditioned private vehicle

Airport Or Hotel pick-up and drop-off

One water bottle per person

Current valid passport is required on the day of traveling

No charges for Infant (Age two years or below)