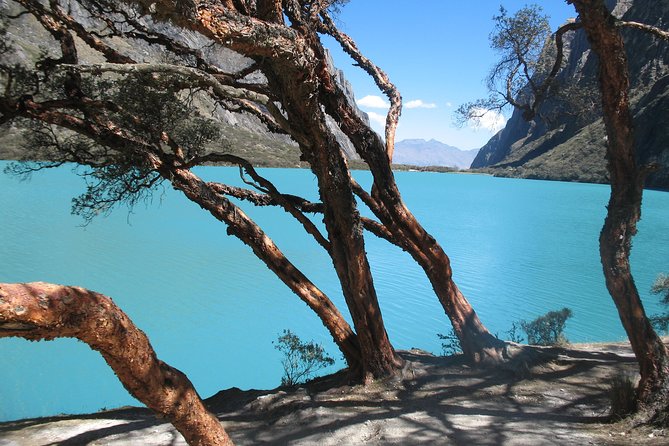 Llanganuco Lakes is one of the most wonderful areas, for adventure lovers, and it can be visited in a short 4 hours hike! This tour involves you in passion for nature and adventurous hiking. If you don't wish to hike, you can stay in the car and follow hikers the same route in this comfort option.

Morning Breakfast in the hotel and then we depart at 8am in Huaraz picking you up from your hotel, depart in direction north side Huaraz to the Llanganuco Lakes which are located between the mountains of Huascaran and Huandoy. We pass by several typical villages like Monterrey, Paltay, Tarica, Jangas, Yungar Anta appreciating the beautiful white mountains of Huandoy, Huascaran, Hualcan, Copa and others. You can make a photo-stop from the various viewing points on the way.

Continue on to Marcara, Carhuaz 2650masl, Yungay this buried city holds history; a 7 degree earthquake took place in 31 May 1970 at 3:20pm, pieces of the Huascaran Mountains north peak broke off and caused a huge avalanche of mud and ice and in 6 seconds destroyed Yungay province. A guided visit will take you around 45 minutes.

1km north is New Yungay, from here start ascending the dusty road up to the Llanganuco Lakes. Further on for about one hour we arrive at the base of the Mountain Huascaran and Huandoy and continue until a place called Cebollapampa.From here start walking along the valley visiting the lakes (first Orconcocha) and doing some bird watching. Then we continue to Chinacocha Lake, here take alternative activities such as sailing with small boats or horse riding.

After we continue waking along the nicest trail of Maria Josefa which is full of vegetation, where at the end the bus will be waiting and take to a countryside typical restaurant for lunch. We come back the same way to Yungay then drive back to Huaraz, arriving at around 6pm to theBus Terminal Station.