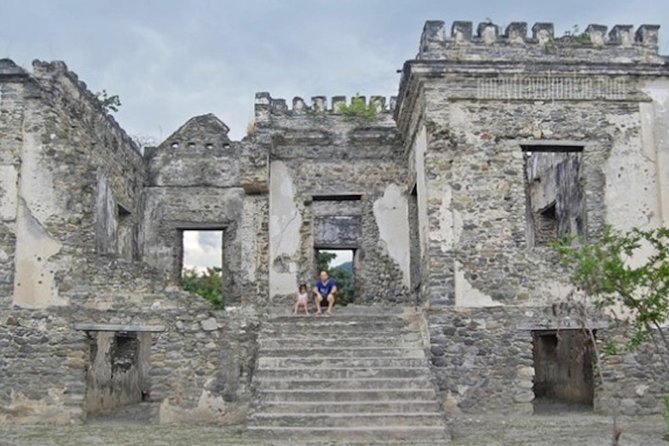 Enjoy this full day, small group tour into the closest district to the west of Dili, Liquisa. Traveling through Tasi Tolu you will make a short stop at the ruins of the Aipelo Garrison, before arriving in Maubara for morning tea at the Dutch Fort that has now been converted into a community based handicraft centre and restaurant. The women in this area are renowned for their hand woven basket work. We then travel to the town of Liquisa to enjoy lunch and take a walking tour of the historic town. After the walk you will have time to enjoy a refreshing cocktail and swim , before returning to Dili.

After being picked up from your hotel you will travel west along the esplanade through East Timor’s laid-back capital of Dili, which has sprung into life since independence in 2002. The city is nestled into the base of the surrounding hills, which are lush and green in the rainy season. You will pass by many historical buildings, monuments and religious places including the Farol Lighthouse, Statue of Integration and Dili’s oldest church, Motael.

You will arrive at the Tasi Tolu Peace Park (Tasi-Tolu literally means “three seas” in the local language) and refers to 3 salt lakes that comprise the Tasi-Tolu wetlands. The area is of national cultural significance being an important symbol of the struggle for Independence, and was declared a national park in 2000. The Tasi Tolu Alter is built in the shape of a traditional Uma Lulik or sacred house and was commissioned for the visit by Pope John Paul II where he celebrated mass in 1989. A large bronze statue of Pope John Paul II was commissioned by the Timorese Government 2003 in memory of his visit.

The next stop is the ruins of the Aipelo Military Command Post, which dates back to 18th Century and served as a prison, run by the Portuguese until 1959.

Travelling further west we arrive at the colorful seaside town of Maubara where the women are renowned for the production of hand woven, basketwork. Taking a break for morning tea in the Fort of Maubara, built by the Dutch in the 1850’s, a building that generated many disputes between the Dutch and Portuguese during that time. You will then you have free time to explore the craft markets along the seaside.

Travelling back towards Dili, you will stop in Liquisa which is the closest district to the west of Dili, taking a 1.5 hour easy walking tour of the historical town with its Portuguese influenced architecture, visiting 12 sites that have been identified as significant cultural and historical sites. You will have lunch at the Black Rock Resort and enjoy a refreshing swim at the Black Rock Beach before returning to Dili.