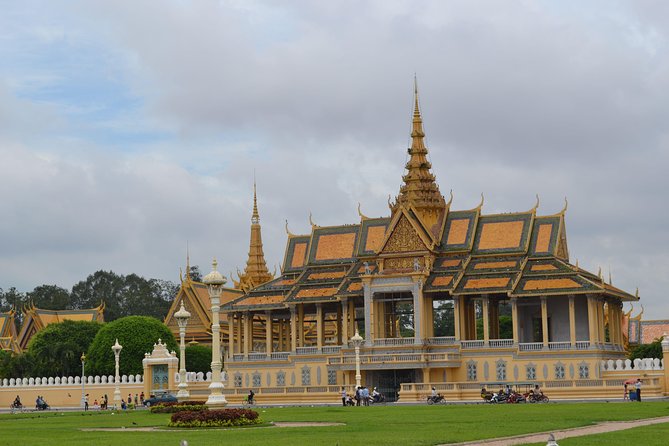 Phnom Penh is the most interesting city in Cambodia. Join in on a chance to learn more and discover its unique heritage with your professional guide.

Explore the hidden pearl of Asia with a guided tour of the city. Stop at sitesof interest along the way, including the spectacular Royal Palace (a classic exampleof Royal Khmer architecture), Silver Pagoda (Emerald Buddha), newly erected statuecommemorating the late King Father (Sihanouk), the pagoda at Wat phnom, theSilver Pagoda and Independence monument.

After lunch, you will continue your tour ofPhnom Penh by taking a sobering walk through the Tuol sleng genocide museum (S-21).Here there are stark and moving reminders of Cambodias recent tragic past. Yourexpert guide will explain the historical, political and social context of the bleak periodof Khmer history which followed the fall of Phnom Penh in April 1975. Continue on to Choeung Ek Memorial, one of the infamous killing fields wherethe Khmer Rouge executed around 17,000 of the estimated 2 million Cambodianswho perished under the Pol Pot regime.

Food and drinks, other than specified

The order of program is subject to change without prior notice

This tour is wheelchair accessible

Tour is applied for min 2pax