Privaet Transfer From Jodhpur To Bikaner Via Deshnok

Privaet Transfer From Jodhpur To Bikaner Via Deshnok 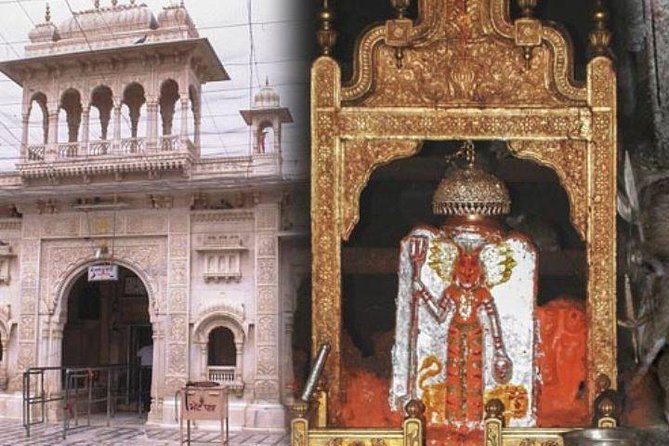 Take a deep dive into Indian history and culture during this 7-hour excursion, which features a Private Tourfrom 2 to 6 people. You will take a one-way transfer from Jodhpur to Deshnok (Karni Mata Temple) .To Bikaner This tour puts travelers in touch with the culture, religion and heritage of this incredible destination.
After your self-guided excursion in Deshnok , you will be dropped off via car in Bikaner, an ancient city. In Bikaner , you will be taken to the area airport, bus station, Train station or hotel. Meals or drinks are not included.

You will be picked up in the morning by an English-speaking driver from JodhpurAirport, Jodhpur Junction Railway Station, the bus station or your centrally located hotel in Jodhpur. please write a departure time on special recruitment

Next, you'll eave forTheKarni Mata Templeor theRat Temple of Rajasthanis situated 30 kms away from theBikanercity and is dedicated to Karni Mata, a famous mystic of her times, believed to be an incarnation of goddess Durga. The construction of the temple was completed in mughal style, in the early 20th century by Maharaja Ganga Singh. The temple was further adorned by Kundanlal Verma of Hyderabad-based Karni Jewelers in 1999. The silver gates of the temple and the marble carvings were also donated by him.

After sightseeing, you will be transferred via car to Bikaner , where you can continue your exploration of Indian culture. You will use the Bikaner Airport, BikanerJunction Railway Station or the bus station or Drop Offa centrally located hotel in Bikaner