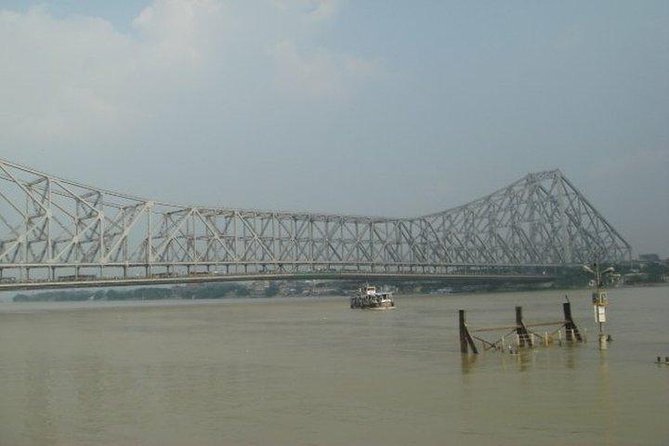 Itinerary
This is a typical itinerary for this product
Stop At: Jain Temple - Kolkata, Raja Dinendra Street, Maniktala Near Sham Bazaar, Kolkata (Calcutta) India
Meet your tour guide at the designated hotel lobby in Kolkata at 9:00am & with the Jain Temple also known as the "Jewel Box Temple of Calcutta". It is situated in the northeast of the city. This temple of exquisite design and construction is dedicated to the 10th of the 24 Jain Tirthankaras and is an ornate mass of mirrors, colored stones and glass mosaics
Duration: 30 minutes
Stop At: Kumartuli Idol Maker, 1, Kumartuli St, Sovabazar, Sector-1, Shobhabazar, Kolkata, West Bengal 700005, India
After this we move to see Kumartolli (place where craftsman make idols). Kolkata is famous for its festivals (PUJAS) round the year and this is the place where the idols are made. It is very interesting to see the craftsman making idols without using any machinery.
Duration: 45 minutes
Stop At: Marble Palace Kolkata, 46 Muktaram Basu St off Chittaranjan Ave, Kolkata (Calcutta) 700040 India
Finally we move to Marble Palace (closed on Monday & Thursday), situated in north Calcutta, it has a , Reynolds. It is a private museum owned by the Mullicks (Zamidars during the British period).
Duration: 30 minutes
Stop At: College Street (Boi Para), Kolkata (Calcutta) India
We than move to College Street (one of asia's largest book market closed on Sunday & other holidays), have a cup of coffee at the famous "Coffee Shop" where one can see the young turks gossiping and feel the pulse of the culture.
Duration: 30 minutes
Pass By: Park Street, Mother Teresa Sarani, Kolkata (Calcutta) 700016 India
After lunch (at own expense) at 1:30 pm proceed to further sightseeing to Park Street Cemetry one of the oldest cemetery of the country.
Stop At: Mother House A J C Bose Road, Kolkata (Calcutta) 700016 India
Next we visit Mother Teresa House (closed on Thursday); here lies the mothers tomb, a photo gallery on Mother Teresa and her works.
Duration: 45 minutes
Stop At: Dakshineswar Kali Temple, Near Bali Bridge P.O. :Alambazar, Kolkata (Calcutta) 700035 India
Finally we visit Kali Temple. It is a great pilgrimage center of the Hindus and is situated at Kalighat. The original temple was built some 350 years ago. A legend goes that when the corpse of sati, wife of lord Shiva was cut into pieces by the Sudarshan Chakra, one of her fingers fell here.
At the end of your journey at 5.30pm , sit back and relax on the drive back to your hotel in Kolkata

No strict dress code is enforced at tour sites. However, please be advised to dress accordingly for places of worship; spaghetti straps and short shorts are not recommended

A moderate amount of walking is involved; comfortable walking shoes and sunglasses/sunscreen with hats or scarf for ladies are highly recommended