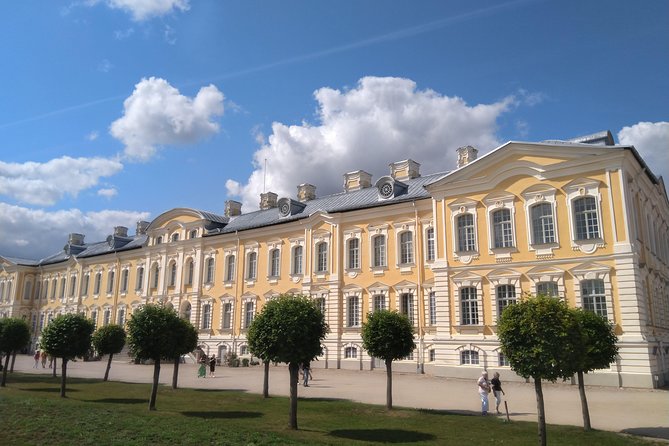 The Hill of Crosses is famous for thousands of big and little crosses built on an old mound making the place unique in the world.
Rundale Palace known as the only surviving baroque stylepalace in the Baltic countries. During a guided visit you will discover the beauty and exceptionalness of a master work of the author of the winterplace of St. Petersburg - F. B. Rastrelli.

The Hill Of Crosses in northern Lithuania has been a site of pilgrimage for hundreds of years. Consisting of a hill bristling with hundreds of thousands of crosses of every size and design, it is a powerful testament to religious devotion - where pilgrims descend to plead with Jesus for miracles. The tradition of leaving crosses began after an uprising against the Russian tsar was put down in 1831.

Rundle Palace is one of the most outstanding monuments of Baroque and Rococo art in Latvia. It was built between 1736 and 1740 as a summer residence of Duke Ernst Johann of Courland. The Duchy of Courland-Semigallia, a vassal state of the Polish-Lithuanian Commonwealth, was founded in 1561 and it existed until 1795. In 1737 Ernst Johann Biron, a landlord in Courland and favorite of the Russian Empress Anna Ioannovna, became the Duke of Courland-Semigallia. tle's history, archeology and renovation.

The listed price does not include a EUR 120 fuel surcharge, payable at the tour check in.