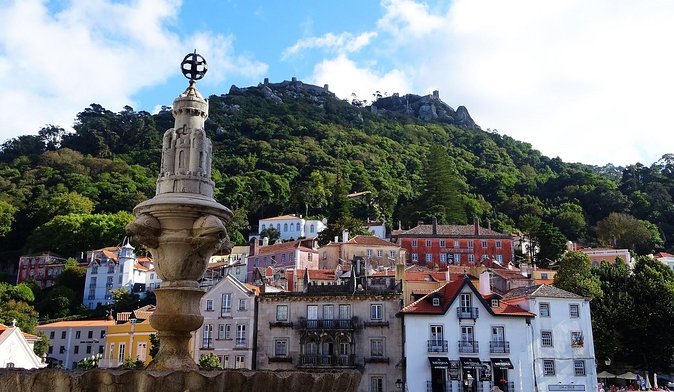 Spend a day in two of Portugals most charming small towns during this full-day tour to Sintra and Cascais from Lisbon. See Sintras famous Quinta da Regaleira, designated a World Heritage site by UNESCO. Explore the village for lunch before taking off down the coast to Roca Cape (Cabo da roca), the westernmost point of continental Europe. End the day in Cascais, famous for its yacht harbor and sandy beaches. Roundtrip transportation to and from Lisbon is provided.

Depart Lisbon in the morning and head to Sintra, a charming Portuguese village and home to many historical monuments. Visit the magnificent Quinta da Regaleira, considered the towns principal tourist attraction, and tour its romantic palace, chapel, and luxurious natural garden.

Enjoy lunch on your own in town and choose from a variety of local meal options. Then, head to the coast for a stop at Roca Cape (Cabo da roca) called The end of the World and the westernmost point of continental Europe.

End the day in the fishing village of Cascais, a popular vacation town for wealthy Lisbonites. Explore the yacht harbor and sandy beaches before heading back to Lisbon at the end of the day.