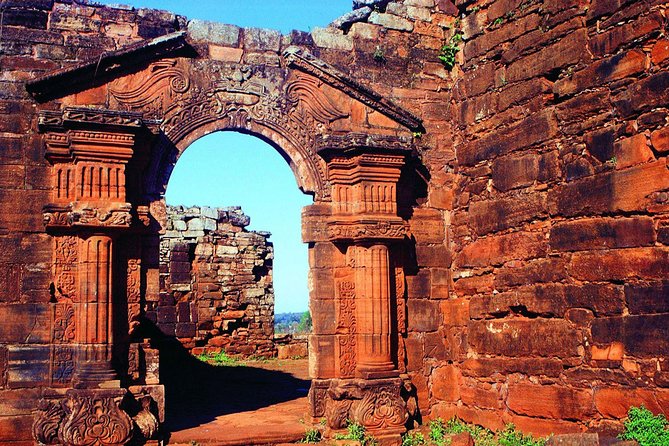 Spend a day outside of Puerto Iguaz and discover the rich history of the Iguassu Falls region. Learn about the famous Jesuit mission of 1632, which aimed to spread Christianity throughout Argentina during the Spanish colonial period. Then, explore the Wanda Mines and their sparkling crystals before heading back to your Puerto Iguaz hotel.

You will visit Quartz mines, and see the process of getting quartz

Jesuit missions of the Guarani, one of the most important in Argentina

city of Puerto Iguazu from Argentinean Side

Guided visit of the Wanda Mines