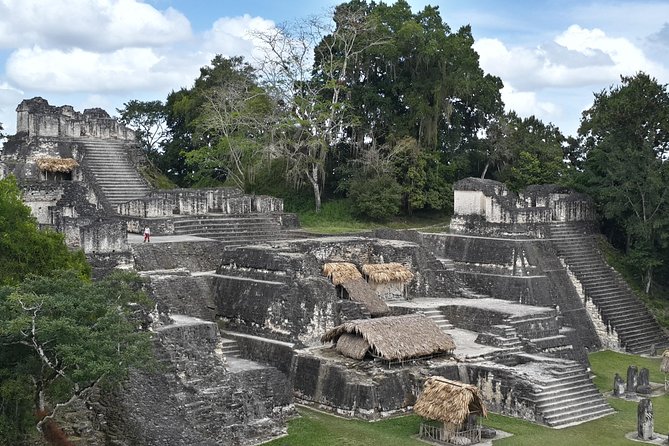 Tikal (Tikal in modern Mayan orthography) is one of the largest archaeological sites and urban centers of the Pre-Columbian Maya civilization. It is located in the archaeological region of the Petn Basin in what is now northern Guatemala. Situated in the department of El Petn, the site is part of Guatemalan Tikal National Park and in 1979 it was declared a UNESCO World Heritage Site.
Walk in the forest with scattered Mayan buildings will give you insight of this culture, and also splendid experience you'll never forget.

Upon arrival a representative will be waiting for you to transfer you to the Tikal National Park. You will have the option to get breakfast on the way.

Tikal (or Tik'al, according to the modern Maya spelling) is the biggest archaeological site and ancient urban centers of pre-Columbian Maya civilization. It is located in the Peten region in the present territory of Guatemala, part of the Tikal National Park which was declared a World Heritage Site by UNESCO in 1979.

Tikal National Park is located approximately 45 minutes away. We'll visit the following locations: Complex Q, The Central Acropolis, South Acropolis, Great Plaza, Temple IV and finally the Lost World Complex. After our sightseeing, we'll go to the restaurant within the park to take the lunch at approximately 1:30pm. Lunch includes 1 drink per person.

At 3:30pm the tour departs from the park to the airport. If time permits we will visit the Island of Flores.

At 5:30pm we return to the Mundo Maya Airport, bus station or hotel accommodation.