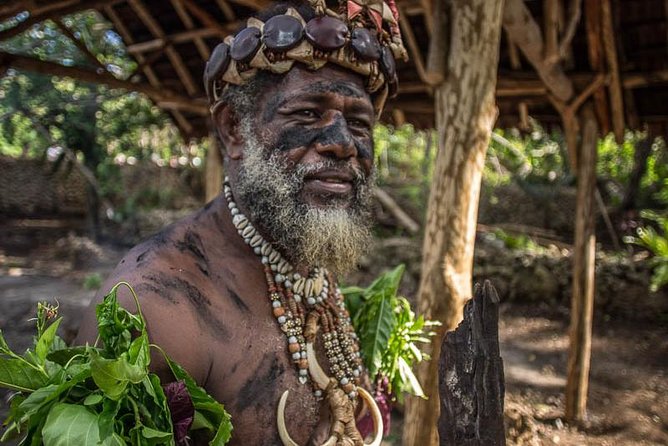 You will be picked up at 8:30am from your accommodation in Port Vila and taken to your first stop; Iarofa Village. This is an amazing cultural experience where you will be able to experience traditional practices and skills, and be mesmerised by custom dancing and an amazing fire-walking display.

Visit Pangpang and see the huge ancient banyan trees. You will learn the difference between the male and female trees and the use by their ancestors.

You will then visit Beachcomber at Takara Lodge. Enjoy a Melanesian style buffet lunch to live music with a local string band.

The second last stop is the World War 2 relics. This is Ernests story and collection of a man passionate about this part of our rich history.

The final stop is Gideons Landing. Visit Vanuatus Survivor Beach and enjoy afternoon coffee & tea. You will have an opportunity for snorkeling opportunity if time permits before being taken back to your accommodation at 4:30pm.