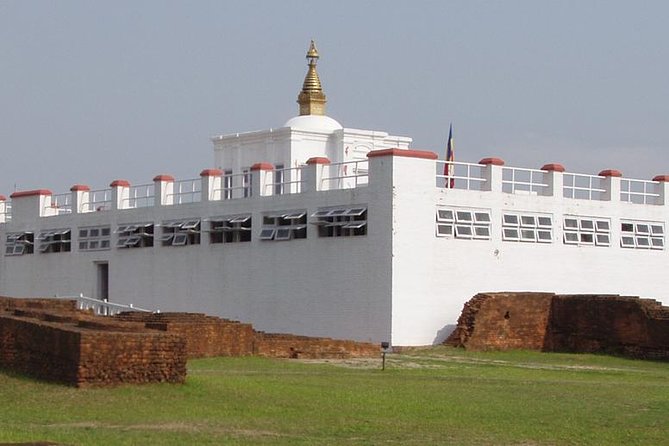 This tour is a special package for Buddhist people who are keenly interest to visit the birthplace of Lord Buddha within a short time frame. This trip will give you the chance to visit around Kathmandu valley and then Lumbini. This will be more of Buddhist heritage tour. You will enjoy the serenity of Lumbini. This trip is well recommended if you only have a limited time for Nepal and want to see the birthplace of Lord Buddha.

Lumbini is the birth place of Siddhartha Gautam (563 BC) one of the most revered figures, better known as the Buddha. You can see the exact spot of the Buddhas birth under a Bodhi tree in the Maya Devi Temple as well as the adjoining scared garden. The sandstone Ashoka Pillar lies in front of the temple.

Added to this will be a blitz into Nepals exotic wildlife at the Chitwan National park. You will get to see the massive one-horned rhino, light-footed deer, an elephant breeding centre and the elusive tiger napping in the shade. A drive down a flat land with greenery on either side of the road takes you to Chitwan, a place known for conservation of wild life in their natural habitat.Taking the jungle safari tour in Chitwan national park youll see the one-horned rhinos, deer, monkeys and a great many species of birds, some of them that are very rare. Apart from those, if luck favours you, you can see wild elephants, sloth bears, leopards and royal Bengal tiger.

Lumbini has a number of temples, including the Mayadevi Temple and several others which are still under construction. Many monuments, monasteries and a museum the Lumbini International Research Institute are also located within the holy site. Also located there is the Puskarini or Holy Pond where the Buddha's mother took the ritual dip prior to his birth and where he, too, had his first bath. At other sites near Lumbini, earlier Buddhas were, according to tradition, born, achieved ultimate Enlightenment and finally relinquished their earthly forms.

Lumbini was granted World Heritage status by UNESCO in 1997.

Domestic airfare from Kathmandu to Bhairahawa and vice versa.

4nights accommodation with breakfast at deluxe hotel in Kathmandu and Lumbani

International airfare to and from Kathmandu.

The single supplement payable on all bookings where only one person is traveling.

Optional excursions (Others than not mantion at itinerary)

Your available days might not suit exactly in the provided itinerary; in those cases please feel free to contact us we can customize the itinerary as per your need and availability USD 280 extra per person is required, if you wish to upgrade the accommodation to a five-star.