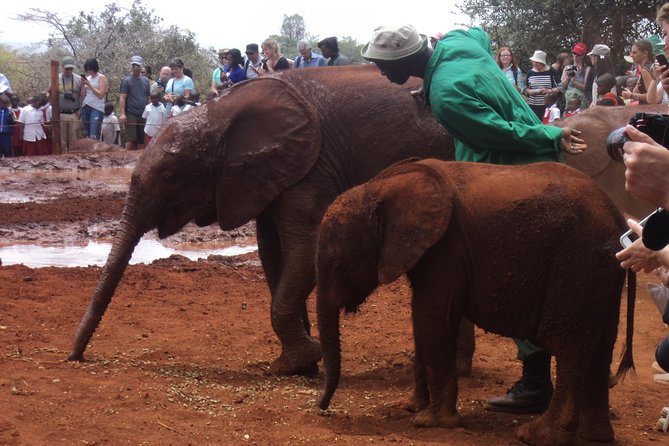 Visit the orphaned elephants at the David Sheldrick Wildlife Trust, where youll find an adopted family of baby elephants that have been orphaned by poaching. Watch the baby elephants at their feeding time and mud baths, then learn about the conservation efforts of Daphne and David Sheldrick. Later, proceed for a trip to the Giraffe Centre, climbing onto a viewing platform to see endangered Rothchild's giraffes from the treetops. Pre booking transport from your Nairobi hotel ensures a hassle-free trip to these two family-friendly wildlife destinations. Lastly, a chance for shopping African Crafts, clothing, jewellery, baskets, wall hangings, animal statutes. They can be shipping directly to your home.

After the tour you will be driven back to your hotel.

Meals and snacks at your own costs

Child rate applies only when sharing with a paying adult

A moderate amount of walking is involved therefore have comfortable walking shoes and a hat or cap.