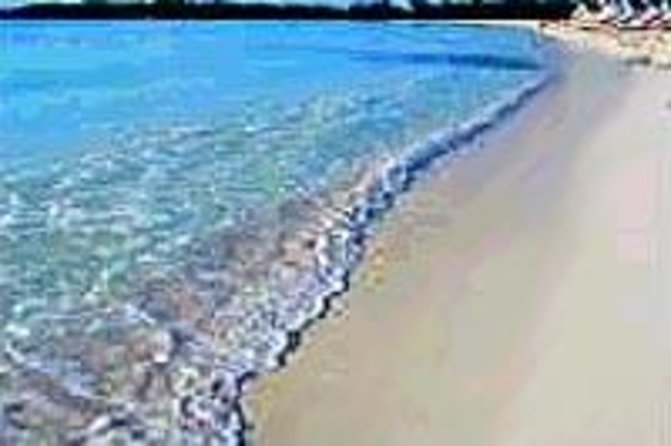 Discover the underwater beauty of Cozumel and admire a wide array of multicolored fish and amazing reefs. Submerge yourself underwater using snorkel gear and lose yourself to the natural beauty that surrounds you. You can also opt for the dry option and visiting the reef through the glass bottom boat.

Cozumel, located 44 miles (71km) south of Cancun, is a tear-drop-shaped coral island ringed by crystalline waters. It is Mexico's only Caribbean island and over 100 world-class dive sites have been identified within only 3 miles (5km) of its shore, a dozen of which are shallow enough for snorkeling.

Discover the underwater beauty of Cozumel and admire a wide array of multicolored fish, amazing reefs and clear waters.

Submerge yourself underwater using snorkel gear, or keep your hair dry and visit the reef through the glass bottom boat!

Use of snorkel gear

Toilet facilities are not available once onboard the boat

From the cruise ship ports it is approximately 10 minutes by taxi to the tour departure point at Aldora Pier. Pickup is not provided

Important: Itinerary is subject to change during holidays and special occasions. Please contact the local tour operator for information and confirmation