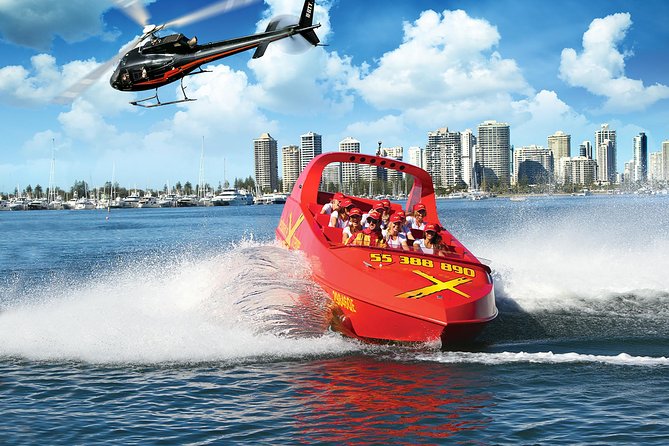 Brace yourself for an exhilarating 55-minute jet boat thrill ride through the Gold Coast's Broadwater as you take in the sights of waterfront mansions, the beautiful hinterland, sandbanks and pristine beaches. Experience 360-degree spins as you slide and jet your way to Wave Break Island, South Stradbroke Island and into the Gold Coast seaway.

Use of life jackets

Passengers with back, neck or heart conditions, or who are pregnant, are prohibited onboard the jet boats

Minimum numbers apply. There is a possibility of cancellation after confirmation if there is not enough passengers to meet requirements. In the event of this occurring, you will be offered an alternative or a full refund