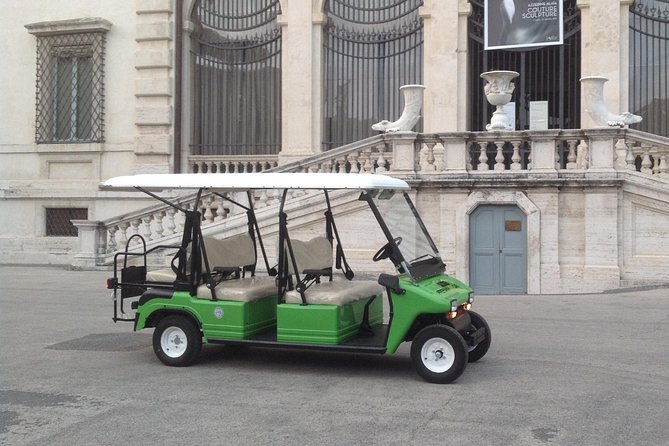 With the tour golf car in three hours you can visit all the squares and characteristic monuments of Rome such as the Colosseum, the Pantheon, the Vatican, Piazza navona, the Circus Maximus, Piazza Venezia, Villa borghese, Spanish steps and Trevi fountain.

You will meet with your drive / guide that will pick you up at your hotel to start the tour. At this point the tour can begin, and your driver/guide will be thrilled to spend three hours with you in the streets, squares and most characteristic monuments of Rome. Through the tour with golf car it is possible in three hours touring around the heart of Rome. It will go to the Spanish steps, Piazza del popolo, the Colosseum, Circus maximus, Aventine, Quirinale, Piazza venezia, Panthon, Piazza navona. You can take a break where you can get a great coffee or an Ice cream in Rome in a famous Ice cream shop in Rome.