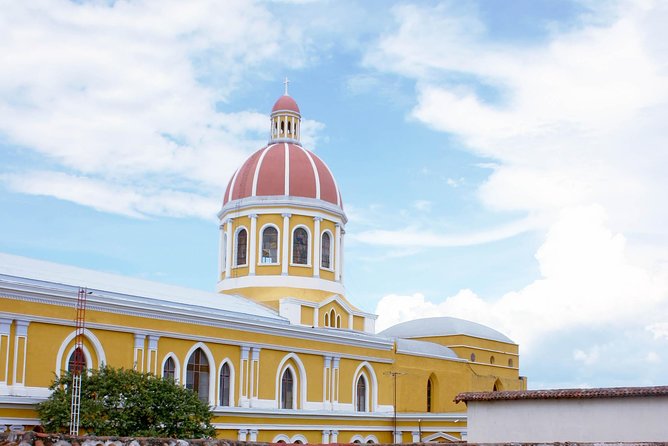 Granada is the oldest city in Central America to remain on its original site. The most colorful of Nicaraguas cities, Granada has been charming travelers with its red-tiled roofs, grand cathedrals, breezy lakeshore, and chilled lifestyle since the days of the Spanish. Just 27 miles from Managua on the shores of Lake nicaragua, this fascinating and impressive city was founded in 1524 and is now considered a showcase of Nicaraguas Spanish Colonial treasures.

You will start your experience with a stroll in an old-fashioned horse-drawn carriage, where you will be able to observe the city's colonial style see sights like the old San Juan de Dios Hospital, the fortress la Polvora, a building that was built in 1748 as a fortress and gunpowder storage in the colony time, Xalteva Walls and La Merced Church with its 360 view tower bell. You will arriive at the city's main plaza where you will start a walking tour of the surrounding area.
During the walking tour you will see the San Francisco convent and museum, with its great exhibition of pre-Columbian statues of ceramics; the central park; the charming stone streets; numerous monuments and churches with architectonic meaning. After the city tour, you will continue to Lake nicaragua for a relaxing boat ride around some of the islands formed by the impressive Mombacho volcano. Enjoy great landscape views and wildlife and, of course, have a chance to take pictures.