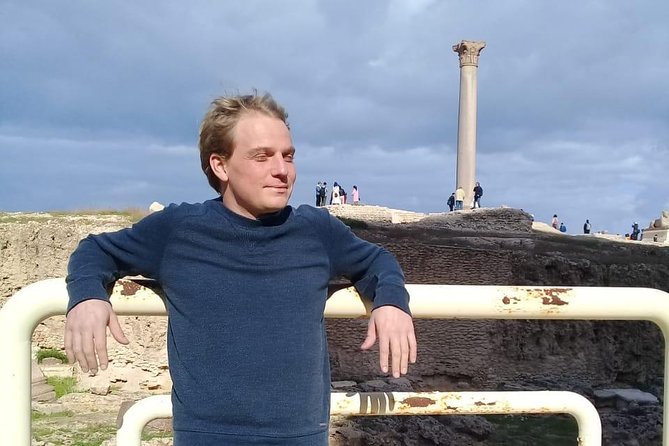 Excursion Cairo will pick you up from your hotel in Cairo or Giza to start your tour to Alexandria the second largest city in Egypt, capital of Egypt for nearly thousand of year Alexandria was founded by Alexander the great which has an atmosphere that is more Mediterranean than Middle Eastern and is famous for its Roman remains. drive along the Cornish to see the whole city passing over bridge of stanly, unknown soldier of Alexandria, the statue of Alexander the great

Your first stop in this historic city is the catacombs which are the largest Roman Cemetery consisting of three levels cut in the rock 1st or 2nd century . Then to Pompey's Pillar an 26.85 m one granite column built to honor Emperor Diocletian. Then to the citadel of Qaitbay which was built on the site of the ancient pharaohs (lighthouse) of Alexandria from outsdide with nice view of the sea . then you will visit the famous Alexandria Library with extra ticket ,

Finally you will drive back to Cairo to your hotel.