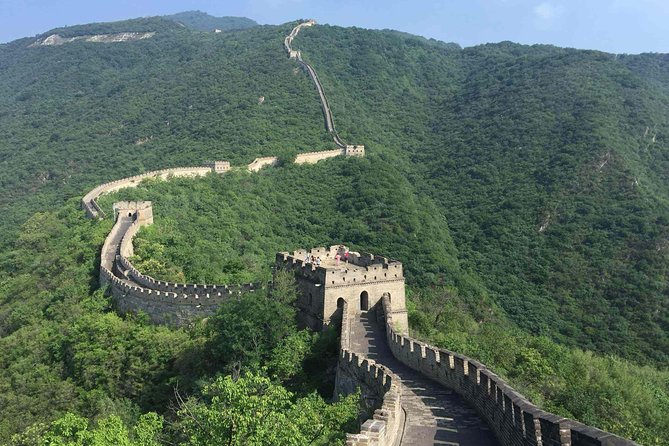 This full-day Beijing sightseeing tour to the Mutianyu section of the Great wall of china provides an opportunity to experience steeper sections of the wall.The Mutianyu section is older than popular Badaling section and features outer and inner parapets, three watch towers and even an optional cable car ride!

Complete your trip to China with an unforgettable visit to the Great Wall at Mutianyu. The Great wall of china is the greatest symbol of ancient Chinese engineering and one of the world's most famous structures.

The Mutianyu section of the Great wall of china offers an alternative Great Wall experience to the popular Badaling section. This segment of China's ancient engineering marvel features an optional cable car ride, or an opportunity to climb more than 1,400 steps to the top.

The Mutianyu Great Wall is much steeper than the Badaling section, and offers a more challenging climb. This section is also older than Badaling, and features outer and inner parapets and three watchtowers.

Your eight-hour trip to the Mutianyu Great Wall includes a visit to a nearby cloisonn enamelware factory and a Chinese style lunch.

Cruise port pickup and drop off