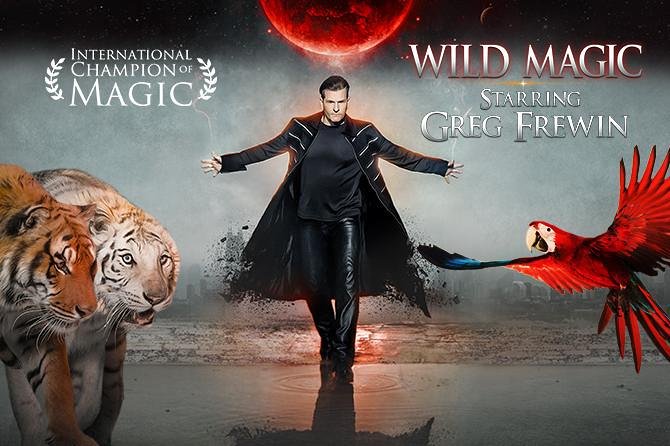 Experience the mystery and art of illusion with Greg Frewin, one of the most decorated magicians in the world. Greg presents his award winning Las Vegas magic revue show, live in Niagara Falls! A family friendly show featuring large cats, showgirls and illusions!

"The International Grand Champion of Magic" Greg Frewin earned his title by winning first place in all of the world's top magic competitions, a feat that has never been duplicated by any other magician. He has appeared on the world's top stages such as The Flamingo Hilton, Caesar's Palace and the Tropicana in Las Vegas, The Crystal Palace Casino in Nassau, Bahamas and has been featured in over 35 TV specials around the world.

Join us for a Las Vegas style magical review featuring spectacular appearances by rare and majestic tigers. Your imagination will be captivated and you will be amazed. Get your tickets before they disappear!

Food and beverages are not included, but if you would like to add on the dinner buffet before the show please contact the venue Box Office.

Service animals only allowed on Levels 3 or 4