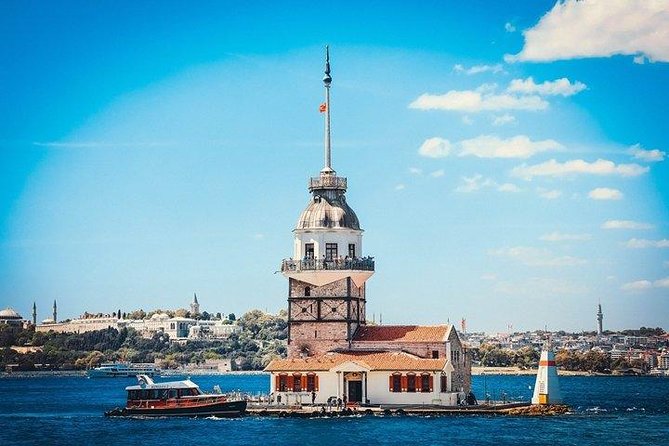 Spend an unforgettable day seeing the sights of Istanbul during this private full-day city tour. Get picked up by a private guide at your hotel and head off for visits to notable landmarks such as the Hippodrome, Hagia sophia, Grand Covered Bazaar and The blue mosque. Learn about the citys rich history and culture as you go along, and stop to take photos as you please. Because its a private tour, the itinerary can be customized to focus on what you most want to see, making this the ideal way to explore Istanbul.

Meet up with a local guide at your hotel and take off for Istanbuls most famous sites. Start at the 15th century Hippodrome and Obelisks, where youll see the Serpentine Column, Obelisk of theodosius, Obelisk of Constantine and German fountain. Then head to the citys famous Blue mosque, an ornate mosque from 17th century and the second biggest in Turkey, known for its Iznik tiles and minarets.

Pay a visit to the Hagia Sophia, one of oldest Greek Orthodox churches from the Byzantine era and dating back to the 6th century. During the Ottoman Empire it was used as a Mosque, today it serves as a Museum. Then take a shopping break at the Grand Covered Bazaar, one of the oldest and biggest bazaars in the country with 4000 shops. Head to a nearby local restaurant for a delicious lunch feast of traditional Turkish dishes.

After lunch, explore Topkapi palace, which was used for over 400 years as the Ottoman residence of the Sultans and his court. Inside, visit the imperial treasury and sacred relics that belonged to the Prophet Mohammed and his Followers, John the Baptist and the Prophet Musa. See one of the most valuable diamonds in the world, an 86-carat masterpiece. End the tour at the Little hagia sophia Mosque, one of the oldest standing churches in Istanbul (it was later converted into a mosque during the Ottoman Empire since 1497). Depending on the day of the tour, some sites may be replaced due to closure.