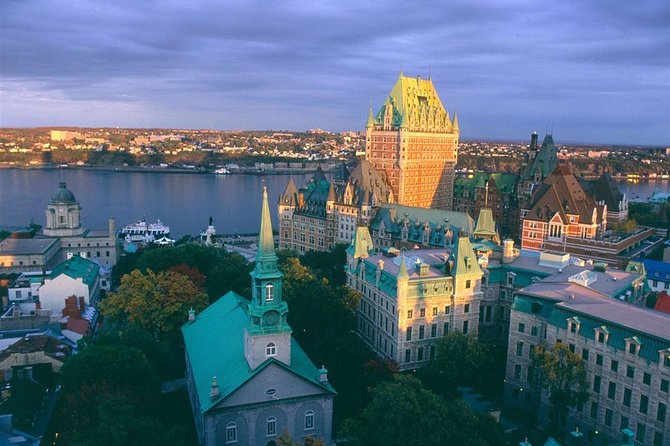 Take a 30-minute guided tour of the Cathedral of the Holy Trinity, which is the first Anglican cathedral to be built outside the British Isles. It marks the establishment of the Church of England in Canada. This is why King George III, Head of the Church, donated religious objects and why a special pew was kept for him in the cathedral. This is also why the cathedral was built on a prominent spot in the colonys capital: its monumental appearance makes it a focal point in Upper Town, and the spire was long the tallest structure in Qubec City.

On your 30-minute guided tour, learn about the erection of the cathedral, such as the architectural style, engineers, architects, and changes to the original structure. Also discover the importance of music in concerts, the main organ, chamber organ, and acoustics.

You'll receive information on the St. Matthews Chapel and on the Royal pew reserved for the monarch or its representative. Afterwards, you'll be asked to stand up and enter the chancel. Information will be given on the stained glass windows, works of art and monuments. Your guide will then take you to the aisle, where you can see altar frontals coming from the coronation of George III and other monarchs.

Next up is the King's Gift Exhibit. This exhibit was awarded the 2015 Award of Excellence given by the Quebec Religious Heritage Council in the Enhancement category. While it was under construction, King George III commissioned the Royal Goldsmiths, Rundell and Bridge, to create an exceptional 10-piece silver Communion Service for the new Cathedral. The altar candlesticks, chalices and other elements are richly adorned, bearing the Arms of the King and of the Diocese of Quebec. This Communion Service is one of the finest examples of Georgian silver plate ever made. Truly a royal gift!

As the tour comes to an end, your guide will take final questions.

Entry/Admission - Cathedral of the Holy Trinity