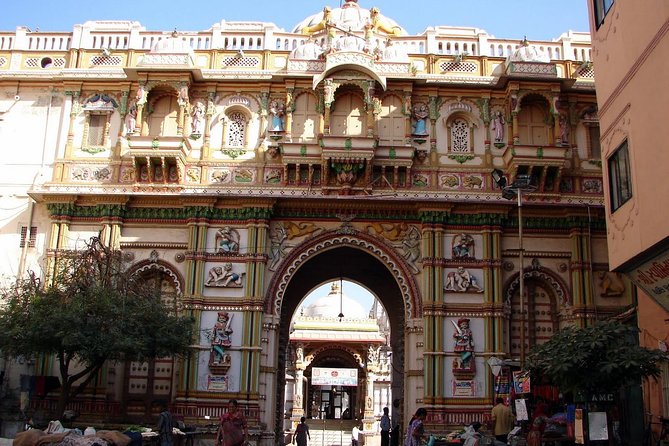 Ahmedabad is an important commercial hub of the Indian state of Gujarat. It is the sixth largest Indian city with about 6.5 million people calling the city their home. The city goes back to the 11th century. A walk through its old quarter will get you close to the architecture, local art, religious buildings and the citys specific culture and traditions. Ahmedabad has some of the finest Indo-Islamic monuments and exquisite Hindu and Jain temples. You will also see the citys carved wooden houses - unique in their architectural tradition.

Swaminarayan Hinduism, is a modern spiritual tradition and a subset of Vaishnava Hinduism, originating in the state of Gujarat. The temple is constructed with Burmese teak wood and features beautiful carvings. Every cultured arch and bracket is in a lively diverse shade. The heritage walk starts from this point with an introductory talk on the history of Ahmedabad city.

The walk takes you through the old quarter of Ahmedabad, comprising of numerous Pols. Pols are self-contained, micro neighborhoods consisting of a street and houses on either side. Pol is derived from the Sanskrit word Pratoli which means gate or entry. The Pol heritage houses can be as old as 600 years and people living here are often Ahmedabadi traditional families. Each Pol has its own temples, community wells, and Chabutaras, which are large scale bird feeders/shelters which were built due to a lack of trees in the neighborhood. Some of the houses even provide dugouts for the birds to nest. Walking further, you will see the remains of the Calico Dome. This is a geodesic dome based on the designs of Buckminster Fuller. This dome was a shared outlet and shop for Calico Mills and was built in 1962.

The last stop on this heritage walk will be the Jama masjid mosque. It is the most splendid mosque of Ahmedabad. It was constructed in the year 1423 A.D by Sultan Ahmed Shah, the founder of Ahmedabad city. Made by using yellow sandstones, the architecture of this mosque is a blend of Hindu and Muslim styling. Supported by 260 pillars, the Jama masjid of Ahmedabad consists of 15 domes. After your old town walking tour, you will be transferred back to your hotel.