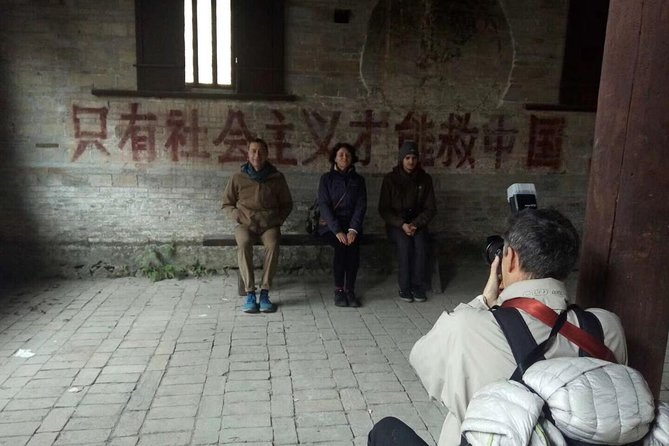 Planning to visit China? Love exploring historical sites and off the beaten track places? Why not visit the well preserved, ancient village of Daxu for a great example of traditional Chinese architecture and culture?
Surrounded by lush scenery in theGuangxi Zhuang Autonomous Regionof Southeast China is the quiet and rural town of Daxu area, one of China's little hidden gems. Located approximately 20 kilometers southeast ofGuilin, near the bank ofthe Li River, Daxu and Xiong village are noted for its well preserved ancient buildings, worn bluestone streets and traditional culture.

Xiong Village is located in Guilin Daxu Town, 7.5 km away from the big Weizhen. Xiong Village is one with a history of 2,000 years of ancient villages, According to the village elders, the village was named Xiong Xiong Village, the ancestor of the Department moved from Jiangxi. With the expansion of the South Central Plains culture, merchants increasingly developed, especially the rise of Hunan, Guangxi the progressive development and prosperity, surnamed dissolved, the huge increase in population, the village was renamed for the Xiong

The history of Daxu dates back to over 2,000 years ago when it was founded during the era of the Qin Dynasty that ruled in China between the years of 221 and 207 BC. Centuries later during the Ming Dynasty, Daxu thrived as a leading trade and commercial hub due to its close proximity to the Li River. The thirteen docks that can still be seen in Daxu today are the remnants of this former golden age.

As industry, technology and tourism grew and spread elsewhere in China over the next several hundred years, the ancient village of Daxu somehow managed to make time stand still and has maintained its antique architecture and traditional way of life.