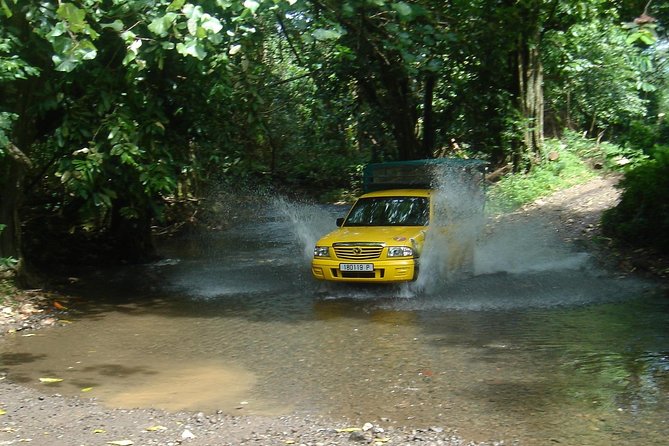 Set off on a safari experience and explore the volcano's internal crater and incredible landscapes. Visit a pineapple plantation, Moorea's Lyce Agricole (agricultural school) and its huge vanilla, banana, grapefruit and lemon plantations to name but a few. Then head to a marae before driving to the Belvedere for stunning views of Cook and Opunohu bays. On the way, you can taste the fruit juices of the boutique of the Manutea distillery (not open to the public). The final stop will be the Magic Mountain. You will reach the top by following a little path lined with fruit trees. Up there, you will enjoy one of the most amazing view of the island of Moorea.

Visit a pineapple plantation, Moorea's
Lyce Agricole (agricultural school) and its huge vanilla, banana, grapefruit and lemon plantations to name but a few.

Not recommended for travelers suffering from motion sickness

Not recommended for travelers suffering from excess weight