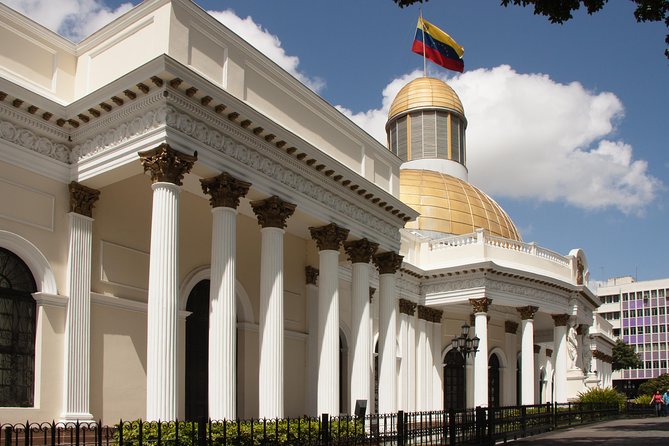 Start your tour in the historic center, from Plaza Bolvar, originally called Plaza de Armas. It adopted its current name in 1883 on the hundredths birthday of Simn Bolvar. The four corners that surround the plaza are occupied by important buildings of big historic relevance as the Caracas Cathedral, the government Palace, the City Hall, the Yellow House and The Capitol (Congress of Venezuela).

Simn Bolvar birthplace is next, a colonial house enriched by precious pieces of that period and paintings by famous artists such as Tito Salas who captured the most important highlights of El Libertadors life. Visit to the Capitolio, Palacio Legislativo and Palacio Federal where the golden keys to Simon Bolivars mausoleum are kept.