Half Day KYOTO Custom Tour With Private Car And Driver

Half Day KYOTO Custom Tour With Private Car And Driver 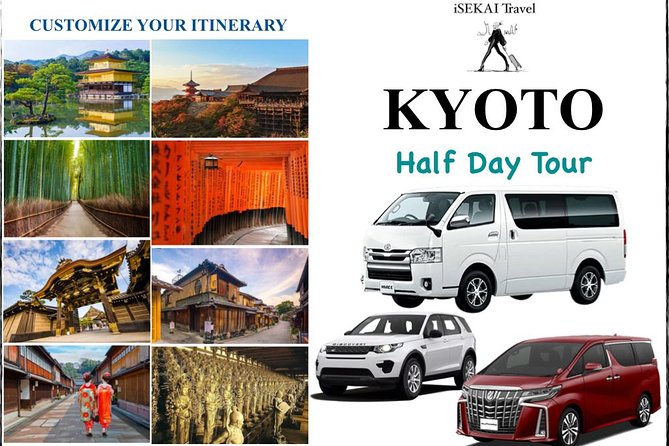 Private VIP Tour in Kyoto allows you to Customize Your Itinerary to fit your specific travel expectations.
You have your own private car and driver who can speak English for approximately 5 hours.
Our team assists you to manage the tour, give recommendations, make reservations and check information.
Kyoto>>>
STEP1: We propose list of famous destinations while you share with us your travel desires and special requests.
STEP2: With careful communication and planning, we share and exchange our draft detailed itinerary.
STEP3: We revise/finalize the itinerary.
***You can always change the itinerary even on the day while traveling on the van. Please feel free to reach our team and driver for recommendation at any time.
***1 FREE pocket wi-fi to be used on board.
***Extra charges will be applied for over time service.