Half Day Sintra Village And Cascais Private Tour From Lisbon

Half Day Sintra Village And Cascais Private Tour From Lisbon 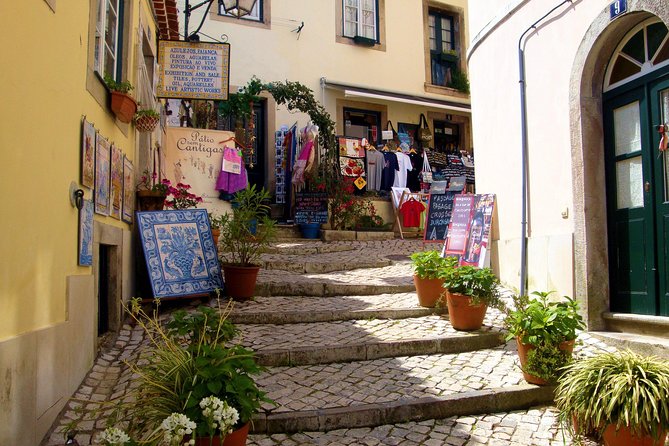 Its a pleasure being able to experience Cascais's history, the amazing seaside during the summer time and its cosmopolitan feel

Itinerary
This is a typical itinerary for this product
Stop At: Centro Historico de Sintra, Sintra 2710-616 Portugal
The historic center of the Vila de Sintra is famous for its 19th-century Romanticist architecture, historic estates & villas, gardens, and numerous royal palaces & castles, which resulted in the classification of the town and its historic passage as a UNESCO World Heritage Site.
Duration: 2 hours
Stop At: Centro Historico de Cascais, Cascais Portugal
Cascais is a municipality in the Lisbon District of Portugal, located on the Portuguese Riviera. The population in 2011 was 206,479, in an area of 97.40 km. Cascais is a major tourist destination and has many international residents.
Cascais's history as a cosmopolitan haven for the rich and famous originates in the 1870s, when King Lus I of Portugal and the Portuguese royal family made the seaside town their summer residence, thus attracting members of the Portuguese aristocracy, who established a summer community there. Cascais is famous for the numerous kings and royal families that have called it home, including King Edward VIII of the United Kingdom, King Juan Carlos I of Spain, and King Umberto II of Italy.
Cascais is one of the wealthiest municipalities in both Portugal and the Iberian Peninsula.[3][4][5] It has one of the most expensive real estate markets and one of the highest costs of living in the country.[6][7][8][9] It is consistently ranked highly for its quality of life
Duration: 1 hour