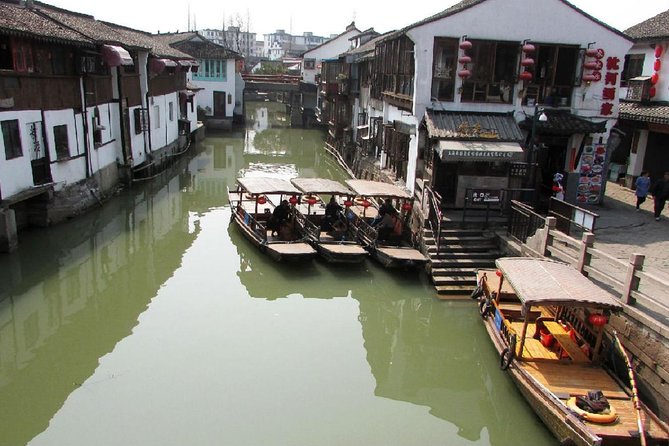 Shanghai, Hu for short, is situated on the estuary of Yangtze river of China. It is the largest industrial city in China. Covering an area of 5,800 square kilometers (2,239 square miles), Shanghai has a population of 18.7 million, including 2 million floating population. Originally, Shanghai was a seaside fishing village and in time its gradual development led to it being granted County status on August 19th, 1291 during the Yuan Dynasty (1271-1368). Hence this day became the anniversary of the founding of Shanghai. Today's Shanghai is a multi-cultural metropolis with both modern and traditional Chinese features. Bubbling Shanghai shows off every aspect of her unique glamour.

0800AM: Meet your local tour guide in the lobby of your accommodation hotel and start your city tour
Located in a suburb of Shanghai city, Zhujiajiao is an ancient water town well-known throughout the country, with a history of more than 1700 years. Covering an area of 47 square kilometers, the little fan-shaped town glimmers like a bright pearl in the landscape of lakes and mountains. Endowed with another elegant name - "Pearl Stream" - the little town is the best-preserved among the four ancient towns in Shanghai. Unique old bridges across bubbling streams, small rivers shaded by willow trees, and houses with courtyards attached all transport people who have been living amidst the bustle and hustle of the modern big city to a brand-new world full of antiquity, leisure and tranquillity.
Transfer back to the hotel after the tour