Heidiland And Liechtenstein Tour From Zurich: Two Countries In One Day - With Reviews & Ratings

Heidiland And Liechtenstein Tour From Zurich: Two Countries In One Day 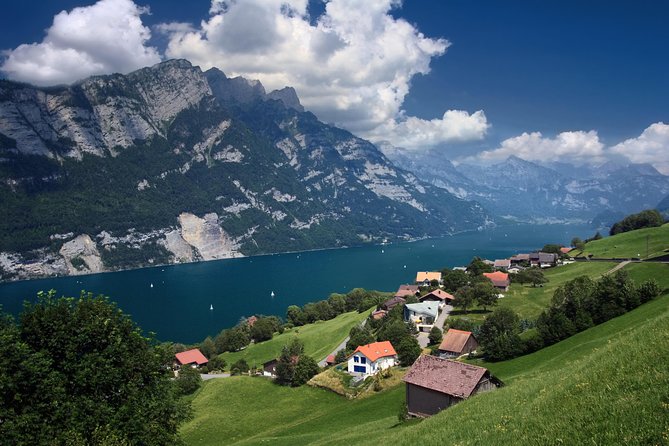 Immerse yourself in a world of mountains and valleys, alpine lakes and meadows, waterfalls, gorges, caves and fascinating scenic reserves on this wonderful guided coach tour to Heidiland. Your full-day tour includes a city tour of Zurich, Rapperswil's Old town, the Toggenburg region and Liechtenstein Principality. Book this tour right away and experience the best of Heidiland And Liechtenstein.

Enjoy a city tour of Zurich and then head off to Lake Zurich and Rapperswil, the city of roses.

Visit the picturesque Old town and its medieval castle where you will also have some time at leisure. Then after crossing the Ricken Pass with its panoramic views of the Alps, reach the lovely Toggenburg region whose pretty hill and valley scenery is perfect chocolate box material!

In Vaduz, the capital of the tiny Principality of Liechtenstein, have more time at leisure. A visit to the Post Office is recommended; the famous stamps from this tiny state are coveted worldwide by philatelists and amateur stamp lovers alike.

Finally, arrive at Maienfeld, the setting for the Heidi stories. In the summer months, you visit Heidi's village. A pleasant short walk leads to a collection of typical mountain houses, a village shop, and of course lots of little goats. Entry into the authentic Heidi House is optional. In wintertime, visit the quaint Swiss village of Werdenberg instead.

A beautiful trip back to Zurich along the banks of Lake Walen, guarded over majestically by the Churfirsten mountain range, brings to a close this most nostalgic of Swiss tours.

Please note Heidi's Village is closed during the winter months (November to March). You will visit the quaint Swiss village of Werdenberg instead