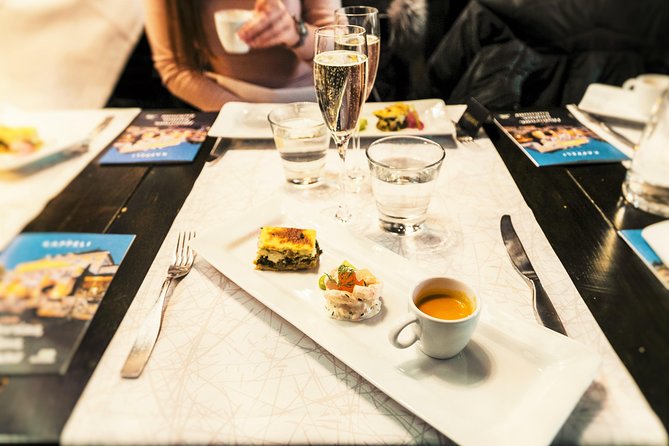 This Helsinki Food Tour is great way to learn about the Finnish traditions through the lens of food experts and enthusiasts.
With the help of the food guide, discover hidden treasures and get a real insider's perspective on the rich and diverse food culture, as well as everyday life of Helsinki.

Meet at the Old market hall within stone's throw away from Helsinki Market Square to get started on this 2-hour walking tour for food enthusiasts. Prepare to see many of the city center sights on this tour, including the Park Esplanadi, Bulevardi Street, Candy Sweet Shop, Alko the liquor store and the traditional Finnish restaurant Kappeli.

Tour participants will have the chance to experience the local gastronomy and cooking at a restaurant and market hall offering traditional local food and snacks.

You will taste specialties from Helsinki:

With each tasting, participants will be told about Finnish history or more current anecdotes. You will also have a chance to purchase souvenirs at the Old Market Hall, Candy Sweet Shop and Alko store.

Glass of sparkling wine or juice