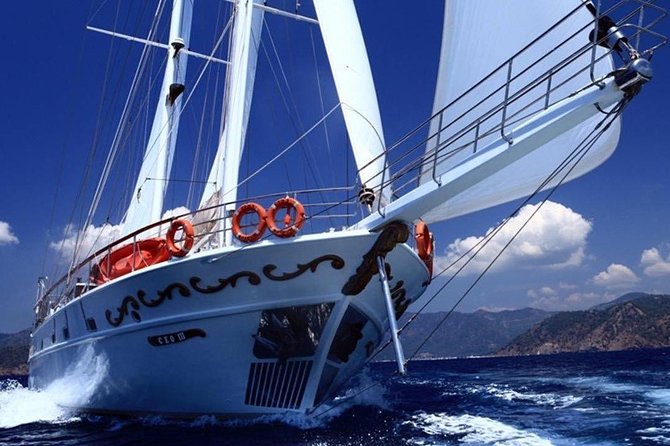 Impressive views, a gentle breeze and crystal clear waters is what you shall be treated to on our Hera Exclusive Round Malta Cruise. An unforgettable full day trip around the Maltese Islands which showcases what the Maltese coastline is all about.

Impressive views, a gentle breeze and crystal clear waters are what you shall be treated to on our Hera Exclusive Exclusive Round Malta Cruise.
Join us on this unforgettable full day trip which showcases what the Maltese coastline is all about.
We depart from Sliema Ferries at 09:00hrs and cruise close to shore catching glimpses of the impressive cliffs and other spectacular views of Maltas untouched beauty and a chance to see the breeding ground of the Blue Rock Thrush (Maltas national bird), to mention but a few of the great scenes you will experience during this trip.
We then head towards the famous Blue Lagoon in Comino where our Gulet will berth stern to in order to allow you easy access to the island. Here you can spend time exploring the island or swimming in the tranquil turquoise waters. Snorkeling equipment is available on board for a minimum hire fee.
Later we travel up to Gozo to anchor in a secluded bay where you can choose to take a refreshing dip, snorkel around the rugged coastline or simply lay back and relax and take in the sun from our spacious decks. On our way back we travel down the urban coast and head back towards Sliema Ferries to arrive at around 18:00hrs.

In this Full Day Cruise includes:

This tour/activity will have a maximum of 90 travelers