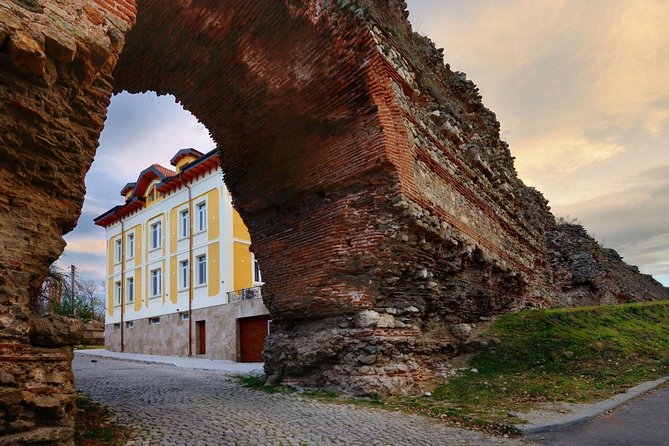 After pickup from your Sofia hotel, settle inside your comfortable, air-conditioned vehicle and relax on the roughly 2-hour journey southwestward to Starosel.

Starosel is best known for its abundance of Neolithic and Thracian remains, some dating from around 5,000 and 6,000 BC.

The town stands on the site of what was an important and wealthy Thracian city in around the 5th century BC, as proven by excavations made here during the 20th century.

Archaeologists here have uncovered the largest underground temple in the Balkans, along with a mausoleum, under whats known as the Chetinyova Mogila (Chetinyova Mound).

The temple, together with the nearby Thracian royal residence under Mt/ Kozi Gramadi, was likely built during the reign of King Amatokos II (359-351 BC).

On arrival in Starosel, spend approximately an hour exploring the temple ruins as you learn about their history and the ancient culture that once held sway here.

Next, after a 15-minute transfer, visit a local winery and enjoy tasting a selection of typical Bulgarian wines.

After sampling the areas wines, continue on a 30-minute journey to Hisarya, a popular spa town with 22 hot water mineral springs that have been used since ancient times.

Hear how the springs have always attracted settlers down the centuries from the Thracians to the Romans. When the Romans arrived, they transformed the town and surrounding landscapes, and the remains of their buildings and monuments still pepper the area.

On arrival, enjoy a guided walking tour to see the remains of the fortified Roman wall and Roman baths, as well as central parks, and the relics of early Christian basilicas, Roman tombs, and more.

Afterward, return to Sofia where your tour ends with a drop-off at your hotel.