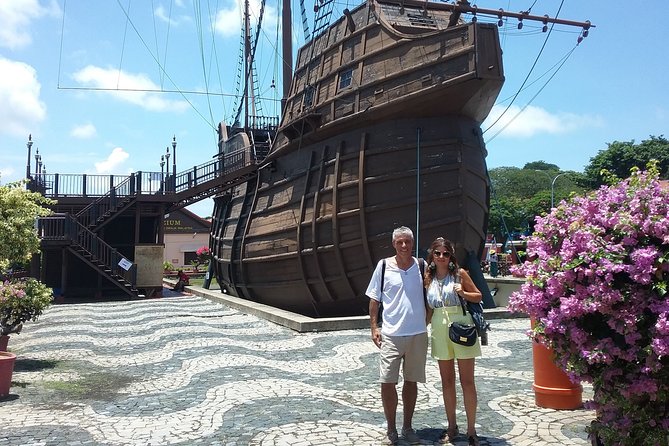 Take a step back in time with this fascinating tour of the historical city of Malacca. Malacca city is a UNESCO World Heritage site. Founded in 1400, Malacca was once one of the greatest trading ports in Southeast Asia. With strong Portuguese, Dutch, and British influences, Malacca is now left with rich heritage and a unique mix of architectural styles.

Visit the street of Harmony where you can view the oldest Chinese Temple and Hindu Temple in Malaysia. Walk through the ruins of St Pauls Church where St Francis Xavier was once buried.

River Cruise from Taman Rempah Jetty, the cruise will stop at Flor De La Mar Jetty where the cruise ends. (Flower of the Sea) is a replica of the original which was lost off the coast of Sumatra and sank in year 1511. build in 1502 in Lisbon and one of the finest vessel of the time.

Malacca is unlike anything else and you will not want to miss a visit to this amazing, historical city.

Your day will begin with a morning departure from your Kuala lumpur hotel. The journey to Malacca is about 2 and a half hours but there will be a short stop for refreshments along the way.

Upon arrival, you will see St Peters Church the oldest Christian church still in use in Malaysia, built in 1710. You will then drive past the largest 17th century Chinese cemetery outside of China, located at Chinese Hill (Bukit China). There will be a short stop at the foothill so you can view the Sultan's Well before driving through the Portuguese Settlement. You will proceed to view the famous gateway Porta De Santiago and the ruins of St Pauls Church which is lined by 17th century Dutch tombstones.

Next on the list is the Red Square - the salmon pink Dutch administrative building which today houses the Malacca Museum and some other government offices. You will then be taken to see Christ Church.

After Christ Church you will enjoy a delicious lunch at a local restaurant. After your lunch, you will be taken to visit the Adobe of the Green Merciful Clouds (Cheng Hoon Teng Temple). Cheng Hoon Teng Temple is the only temple where you can find 3 major doctrines of local Chinese belief under the same roof Taoism, Buddhism and Confucianism.

After all of this, you will be given the opportunity to take a stroll along Malaccas antique street which ends by the banks of the Malacca River.

Infants free of charge, no seat.

Please bring your own Sanitizer