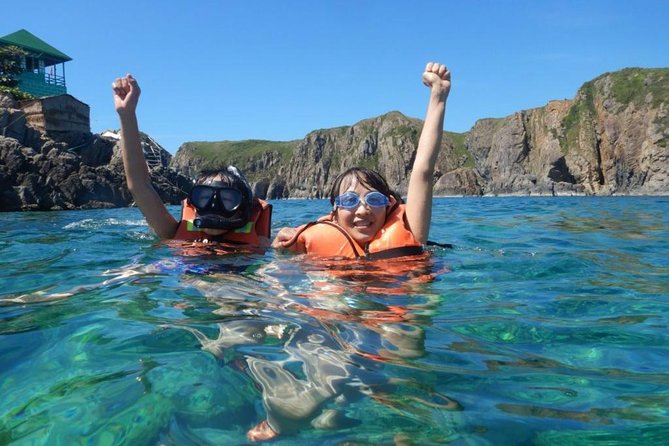 Enjoy a wonderful day away from the hustle and bustle of the city and spend some quality time with your family and friends at the beautifulHon Mun Island Marin Park. In this 6-hour guided tour you will be delighted by the clear and warm waters with tropical fishes and by the magnificent colors in one of the largest reef structures in Vietnam. The trained staff knows the best spots around the reef and will show you the most interesting corals and marine life. All snorkel equipment is provided as well as breakfast, lunch, and transfer in an air-conditioned vehicle.

The tour starts with a pickup from your hotel or from the designated location in Nha trang around 7:30am.Then the travelers are transferred to the harbor, where the boat with the crew is already waiting. A breakfast with fresh fruits, sweet sesame bread, coffee or tea will be served during the 45-50 mins trip to the Hon mun island Marin Park.

As soon as the boat arrives at the first site, the staff will brief you about the snorkeling and give you the perfect fitting equipment to make travelers time in the water as enjoyable as possible. For people which cannot swim or for the kids, there will always be trained staff on the boat, taking care and making the experience safe for everyone.

About one hour later, the boat will go to another spot and lunch will be served: "bnh m" - Vietnamese style sandwich, with vegetarian and vegan options available. At the second site, there will be around one hour for snorkeling, swimming, jumping or just relaxing on the boat sundeck. The boat will return to the harbor around 1:30pm. Then the shuttle bus will bring you back to your hotel or to the city.

Get ready to enter a world of exotic beauty and soak up the tranquility of a unique destination, far from the stress of modern life and your day-to-day worries. Just bring your towel, sun cream, and a good mood, so you can have an amazing time on the boat.

Vegetarian or vegan option is available, please advise at time of booking if required