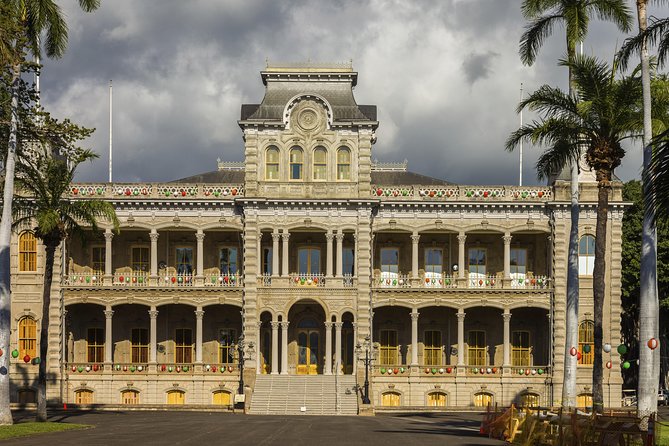 Visit some of the most haunted places on Oahu, if not on all of the Hawaiian Islands, on the Honolulu City Ghosts Haunts Walking Tour! Your guide is an experienced expert on all these spooky places and will entertain (and scare!) you with stories of the supernatural. All sites are real and all the stories you'll hear are true, based on historical and ancestral information, along with eye-witness accounts.

The Honolulu City Ghost Haunts Walking Tour takes you to several known haunted hotspots in Honolulu. They include Iolani palace, the State Capital Building, and areas in both Chinatown and Downtown Honolulu. Some places do not allow entry, so the group will gather outside the location to hear its spooky tales. You'll also see several locations where supernatural events are still happening today. From visiting the former residence of Hawaii's monarchy to the location of a terrible modern-day murder, close encounters are always possible!

This is an easy walking tour suitable for all fitness levels. The approximate distance covered is 1.2 miles (2km), with regular stops.

There is a maximum of 22 people on this tour

This tour requires a minimum number of passengers to operate. There is a possibility that the tour may be canceled after confirmation if there is not enough passengers to meet requirements. In the event of this occurring, you will be provided the option to take the tour on an alternative date or be refunded in full.

Not recommended for child aged 6 and under

Catching a ghost on film isn't as hard as you think. A camera is an effective tool to use to get hard evidence that ghosts do exist. One thing to remember though: ghosts most often appear as orbs, balls of light, or mists. Don't get discouraged if you don't get a human-like form in your pictures. The orbs are just as good.

Use film of no less than 400 speed and no greater than 1600 speed. Black and white works very well, but make sure you have a camera with a low light setting before taking pictures at night. Also, if you have an SLR camera, infrared film works well with a filter. One other thing - take lots of pictures!