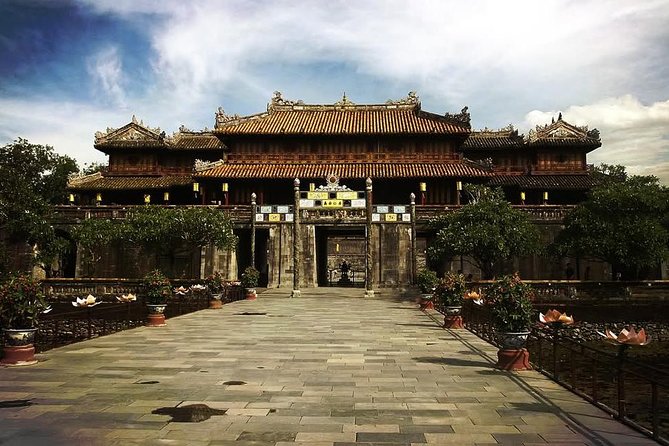 Hue was the capital of Vietnam during the feudal rule from 1802 to 1945 under the Nguyen dynasty. Hue is remaining a lot of originally historical vestiges and many cultural heritages. Visiting Hue a day, you have a chance to explore Hue Complex Monument has been recognized as a world cultural heritage by UNESCO since 1993.

We will depart from your hotel to the local dock. You have a chance to take a boat trip on Perfume river to visit Thien Mu Pagoda.

After lunch, we move to visit Khai Dinh tomb and Minh Mang tomb.

We have 40 minuites for free shopping at Dong Ba market in the late afternoon.

Back your hotel by car. End of Hue Day tour.

Meals as indicated in the itinerary at local restaurant with local foods L=Lunch.

Meals not indicated in the itinerary

Other languages guides & all other services which are not mentioned above

Personal expenses such as Telephone and Laundry bills

All is quoted by USD