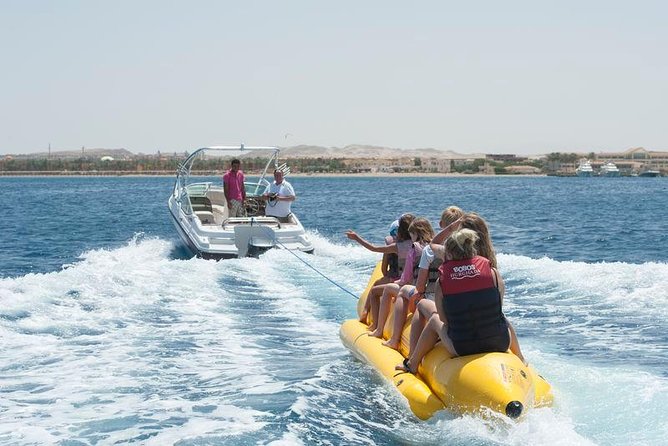 On this full-day tour you will visit the beautiful Utopia Island in the Red Sea on a glass-bottom boat. A representative will pick you up from your hotel in Hurghada and drive you to Soma Bay, about 53 kilometers south of Hurghada, in a comfortable air-conditioned vehicle.

Accompanied by your tour guide, the first stop on the tour is in Safaga, where you can use the provided snorkeling equipment to enjoy the coastal waters at a beautiful reef. Afterwards the tour will make a second snorkeling stop at Arba Arouk before boarding the glass-bottom boat to enjoy a complementary lunch, including soft drinks, tea, and coffee.

After lunch you will make a short trip in the glass-bottom boat around Utopia Island, where you will stay for 2 hours. On your trip you will see the most wonderful reefs and fish in the Red Sea before transferring back to your hotel in Hurghada in the late afternoon.