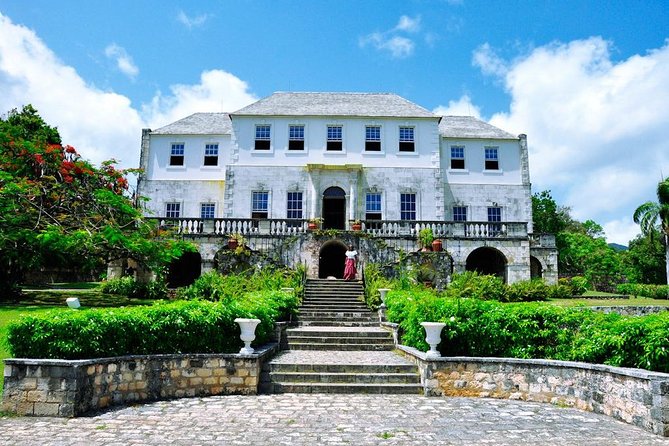 Combine a sightseeing tour of Montego bay with two of the citys top nighttime experiences with this Jamaica Super Saver. After exploring Montego bay attractions like Sam Sharpe Square with a local guide, visit Rose hall great house, an 18th-century Georgian mansion. Learn about the legend of the White Witch of Rose Hall, said to haunt the house, and then finish your evening with a boat ride on Luminous Lagoon, a natural wonder where tiny organisms glow in the dark. Transport is available from Negril, Grand Palladium and Montego bay.

Montego bay City Sightseeing and Rose Hall Candlelight Tour:
Your afternoon and evening Super Saver begins with hotel pickup in Negril, at the Grand Palladium resort in Lucea or in Montego Bay, depending on option selected when booking. If youre staying in Negril or at Grand Palladium, relax on the scenic drive along Jamaicas gorgeous northern coastline to Montego Bay.

Upon arrival in Mobay, as its called locally, explore the city on a one-hour sightseeing driving tourwith your guide. Viewattractions like Sam sharpe square, named after a 19th-century slave who led the 1831 revolt known as the Christmas Slave Rebellion. You can see the statue of Sam Sharpe, as well as surrounding colonial buildings and the St James Museum.

Then drive by St James Parish Church, one of the countrys finest churches with its stained glass and pieces of art by English sculptor John Bacon, and enjoy a drive through residential neighborhoods to admire graceful Georgian homes that date back to the prosperous days of the sugar trade.

End your tour of Montego Bay at a local shop called Rainbow, where you have 45 minutes of free time. Browse Jamaican goods like rum, coffee, cigars and bottles of the islands beloved jerk seasoning, and stock up on a few gifts and souvenirs. Dont forget to also grab a bite to eat for dinner (own expense) at one of the neighboring restaurants.

Next, head with your guide about 15 minutes to Rose hall great house, known for the haunting tale of Annie Palmer, the White Witch of Rose Hall. Legend says that Annie killed her three husbands and several slave lovers before being killed herself in her bed. During your one-hour tour through the 18th-century Georgian mansion, listen to the story and discover for yourself if Annie truly haunts the house, which also features historical furnishings and dcor for you to admire.

Luminous Lagoon Night Cruise:
After Rose hall great house, make the 30-minute drive with your guide to Luminous Lagoon for the second part of your Super Saver. Located in the parish of Trelawny near where the Martha brae river meets the Caribbean, the natural lagoon is home to harmless microscopic organisms that glow with phosphorescent light in the shallow water.

Take a 30-minute boat ride on the lagoon to marvel at this natural phenomenon and learn from your guide what causes the eerie, entrancing light, which only appears after dark. If you're feeling adventurous, take a swim in the glowing water, one of only a few like it in the world!

When you return to shore, youll head back to Montego Bay, Grand Palladium or Negril for hotel drop-off. During the drive back to Grand Palladium and Negril, a stop is made to purchase food and drinks (own expense).

Please Note: you MUST provide your hotel details to the local provider