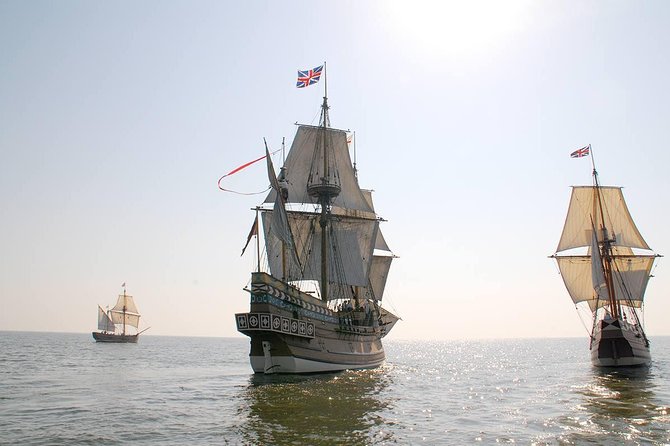 This historical four-site, seven-day value pass will open your eyes to an amazing part of American history. The self-guided, living history museums will tell the story of our nations beginnings through film, gallery exhibits with historical interpretation, and hands-on fun in outdoor recreated settings of a Powhatan Indian village. There will also be expansive gallery exhibits and an introductory film to describe the cultures of the Powhatan Indians, Europeans, and Africans who converged in 17th-century Virginia, and trace Jamestowns beginnings in England and the first century of the Virginia colony.

Climb aboard replicas of the three traditional tall-ships that sailed from England to Virginia in 1607. Throughout the outdoor areas, costumed historical interpreters describe and demonstrate daily life in early 17th century Jamestown. Near the site of the original colony, Jamestown Settlement tells the story of 17th-century Virginia; from the arrival of English colonists in Jamestown in 1607 to the cultural encounters and events that planted the seeds of a new nation.

Feel free to dine at the cafes and shop in museum stores for fun and interesting mementos.

Food and drinks, available to purchase in the Cafe

Museum are closed on Christmas and New Year's Days.

Historic Jamestown is not included.

Parking is free at Jamestown Settlement and American Revolution Museum at Yorktown.

Dine in the Cafes and shop in museum stores if you are looking for anything or need a bite.