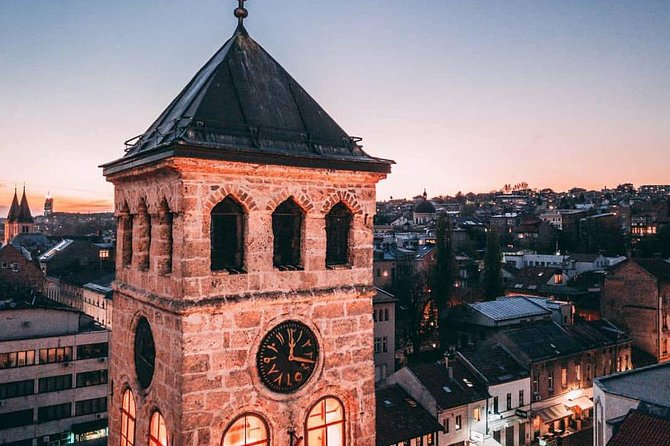 Would you visit Jerusalem and stay out from the temples and honestly what is the trip to somewhere without tasting the authenticfood of the country or a region?
Because of that, We are offering the most detailed tour. Walk through the streets of Sarajevo, learn about the similarities and differences between the religions, listen about the harmony of coexistenceand taste the food that blendsEast and West. You will visit the house of Despi to understand the culture and Holy Houses of Sarajevo to understand religion. You will also find out why We find our eateries the best and probably you will be asked to eat your Cevapi with your fingers. Of course, nothing in Sarajevo is done without a cup of coffee and for the 4 hours of history, culture and religion you will agree that coffee break is necessary, at least for the tour guide.

People with allergic reactions on the specific food need to provide us information about it prior to the start of the tour.