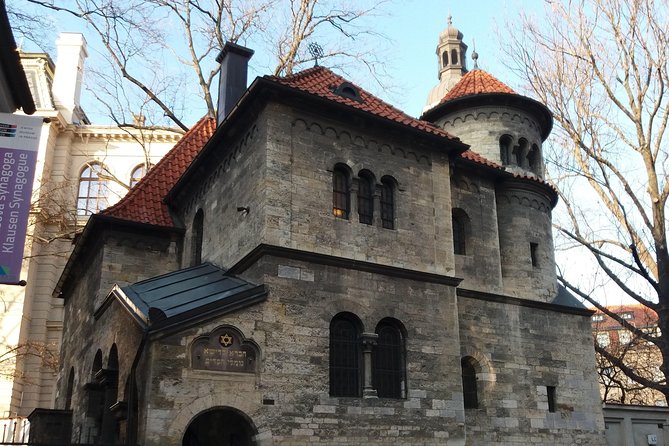 Experience Prague's Jewish history on a fascinating walking tour through one of the only Central European Jewish town quarters that survived the Holocaust. Known as Josefov, this Jewish quarter contains the remains of the former Jewish ghetto where important community and spiritual legends have been created and developed for centuries.

With more than 1,000 years of history, the Prague Jewish community is filled with many sites that still testify to its rich cultural and legendary past, and make it one of the major European centers of Jewish life. Follow your expert guide on a fully narrated walking tour of the city. Walk through the Old jewish cemetery, one of the most iconic sites in Prague where 12,000 tombstones remain. Established in the 15th century, this cemetery is home to the tombstones of famous figures including poet and scholar Avigdor Karo.

You'll also visit some of the six surviving synagogues and Kafka's house before walking through Maiselova Street, one of the two main streets of the walled Jewish quarter. Continue to the Old town square, one of Pragues two main squares, and see an exhibition of Kafka. Your Jewish Prague walking tour includes admission to the Jewish Museum, which preserves a large collection of objects belonging to the Jewish community.