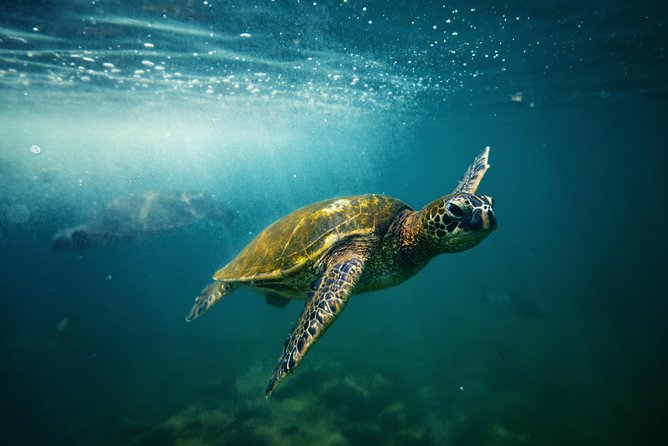 The splendor of Maui isnt only whats on land there is unlimited beauty under the water as well, and you can explore it on a snorkeling shore excursion! Its the perfect way to spend your time in port in Maui. This snorkeling tour will take you to two famous dive spots, where you'll discover the world of tropical fish, green sea turtles and other exotic marine life. Dive in for an unforgettable adventure!

While youre in port in Maui, spend your time discovering what lies beneath that beautiful turquoise water. On this snorkeling shore excursion, youll hop on the Pride of Maui for a two-stop snorkeling tour.

The first location is the water around Molokini, a crescent-shaped, partially submerged volcanic crater that is now a Marine Life Conservation District Seabird Sanctuary. Just three miles off the shores of Maui, this area is one of the top 10 dive spots in the world. Molokini is home to about 250 species of fish. Keep your eyes open for brightly colored tropical fish, monk seals, whale sharks, manta rays and harmless white tip sharks.

The second snorkeling location is along the Makena/Wailea coastline, Keawalai, where you'll encounter numerous green sea turtles! Swim alongside them for a once-in-a-lifetime experience.

All snorkel equipment and instructions will be provided, along with flotation devices. Complimentary optical masks are available to use. An underwater video/digital photographer is on board to capture your exciting snorkeling adventure and the photographs/CDs will be available for purchase.

Worry-free Shore Excursion:
We will ensure your timely return back to the ship in Kahului Pier for this activity. If your ship is delayed and you are unable attend this activity, your money will be refunded. See our terms and conditions for full details.

Port pick up and drop-off