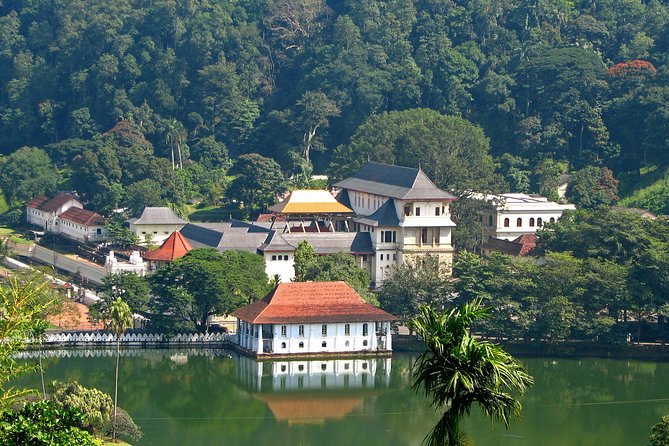 Your full-day tour will visit the Temple of the sacred tooth Relic, spice gardens and the Royal Botanical Gardens. You will receive an Ayurvedic treatment in the morning and after lunch reach the Kandy viewpoint and its surroundings. In the afternoon, you will visit the Gem Museum, wood crafting work shop and view a cultural dance.
Please inform us of any special requests and we will try to accommodate them. Pickup and drop-off from your Kandy hotel is included.

the holding place of the sacred tooth relic of Buddha which has been enshrined on the island since the 4th century.

you can see the amazing city view on this Kandy view point.

Hotel pickup and drop-off in Kandy