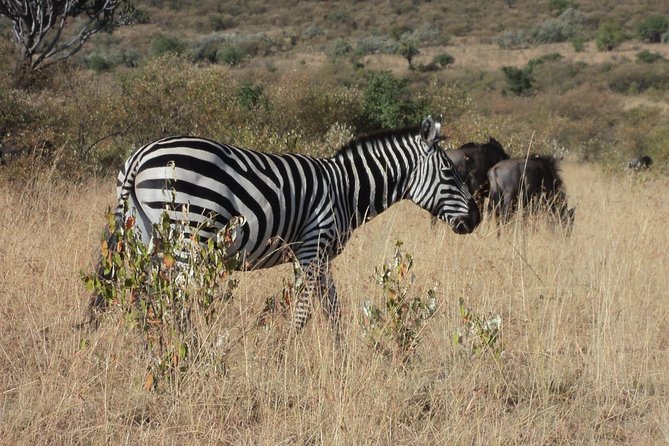 Experience the wonderful views of Mount Kilimanjaro plus plenty of [Jumbo] elephant population in the Amboseli National Park for 1 night / 2days. The name "Amboseli" comes from a Maasai word meaning "salty dust", and it is one of the best places in Africa to view large herds of elephants up close. Nature lovers can explore five different habitats here ranging from the dried-up bed of Lake Amboseli, wetlands with sulphur springs, the savannah and woodlands.

Get up-close to native wildlife

More about this Destination:
The park is famous for being the best place in Africa to get close to free-ranging elephants. Other attractions of the park include opportunities to meet Maasai and visit a Maasai village. The park also offers spectacular views of Mount Kilimanjaro, the highest free-standing mountain in the world.
Amboseli offers some of the best opportunities to see African wildlife because the vegetation is sparse due to the long dry months.
Overnight at either : Kibo Safari Camp or Amboseli Sopa Lodge - Lunch and Dinner Included
Day 2: Amboseli to Nairobi

Breakfast at the lodge then leave for a game drive in the park and later drive back to Nairobi and be dropped at your hotel or Jomo kenyatta international airport. Breakfast Included.
Amboseli National Park is home to many species, including the African elephant, cape buffalo, impala, lion, cheetah, spotted hyena, giraffe, zebra and wildebeest among other African animals. There is also a host of Kenyan birds, both large and small, to see if you keep your eyes open and stop at every sighting.
The park has several rules to protect the wildlife: do not get out of your vehicle, except at designated spots; do not harass the animals in any way; keep to the tracks; no off-road driving; and animals always have the right of way. The roads in Amboseli have a loose surface of volcanic soil that is dusty in the dry season and impassable in the wet season.
Breakfast Included

Please note park entry tickets are valid for only 24hours after you enter the park. If one exceed they may be forced to pay for another day.

Entrance fees to the Amboseli National Park which is USD60 per adult and USD$40 per child. This money is paid by credit card of mobile money to the warden at the Amboseli Park Gate.