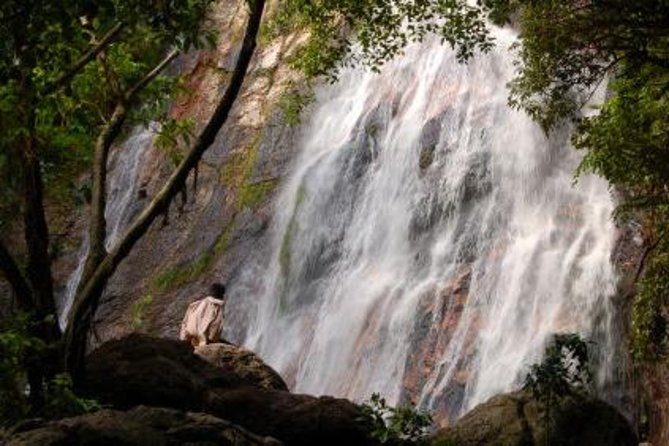 Off the beaten track and through the jungles of Koh Samui is today's adventure tour. See the real jungle on this island from the back of an open top 4WD jeep. The roads are rough and unsurfaced, so hang onto your hats!

Travel through the jungle, across rivers and hidden valleys and to waterfalls in the forest. One of the highlights of this tour is definitely the view from the highest point on the island.

This is a full day out and lunch will be served at a small mountain restaurant.